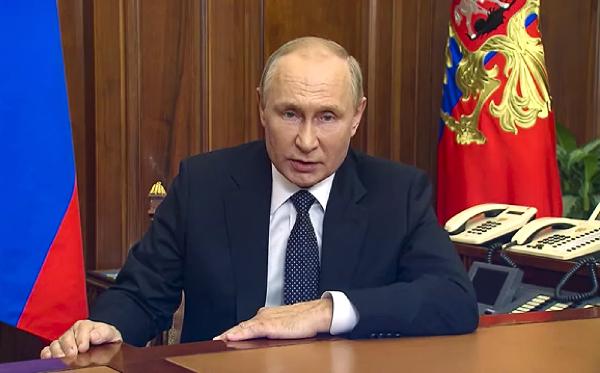 Russia is launching a partial mobilization of its citizens, President Vladimir Putin announced during a highly anticipated speech to the nation on Wednesday morning.

“In order to protect our homeland, its sovereignty and territorial integrity, to ensure the security of our people and people in the liberated territories, I consider it necessary to support the proposal of the Ministry of Defense and the General Staff to conduct partial mobilization in the Russian Federation,” he said.

"I repeat, we are talking only about partial mobilization. That is, only those citizens who are in the reserve and, above all, those who served in the armed forces, have certain military specialties and relevant experience, will be subject to conscription."
“After the Kiev regime actually publicly refused a peaceful solution to the Donbas problem today and, moreover, announced its claim to nuclear weapons, it became absolutely clear that a new next large-scale offensive in the Donbas, as it had already happened twice before, was inevitable.”

It is unclear what Putin is referring to with his mention of nuclear weapons.