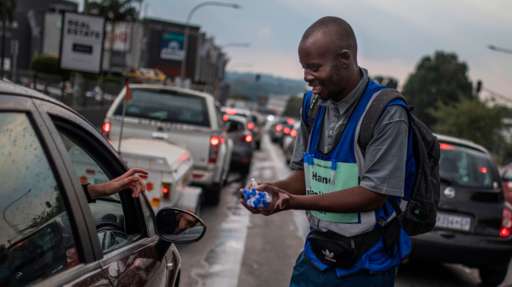 South Africa has seen another jump in coronavirus cases - with 116 now confirmed as the country introduces new measures to shut its borders and schools across the country.

The numbers are still rising sharply from one case a fortnight ago.

Most of those with the virus brought it back from abroad - from the UK in particular.

But 14 cases of local transmission have now been confirmed, putting pressure on the authorities to try to halt its spread.

All schools in South Africa have closed from Wednesday. Foreigners travelling from badly affected countries are also barred from entry as of now.

In Cape Town, 1,700 people are waiting to learn when theyâ€™ll be allowed to leave a cruise ship, after six people with symptoms of the virus were taken ashore for testing.

The concern is that the virus may spread fast in poor, crowded neighbourhoods.