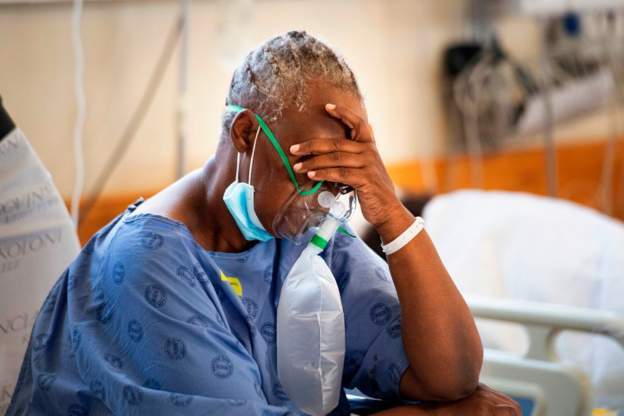 The country has confirmed more than 1.4 million cases of the virus
Shares

South Africa’s president has spoken of his determination to overcome the coronavirus pandemic and to tackle the country's economic challenges.

In a state of the nation address, Cyril Ramaphosa lamented that more than 47,000 people had died from the virus and that nearly two million jobs had been lost in less than a year.

The roll out South Africa's vaccination campaign was delayed this week after doubts emerged over the use of the AstraZeneca vaccine against a variant that has spread fast in the country.

President Ramaphosa said the government was faced with the task of bringing stability in trying times.

He said the first priority is defeating coronavirus, through a nationwide vaccination campaign – expected to start in the next few weeks.

Correspondents say the governing ANC risks losing a great deal of support if President Ramaphosa does not fulfil his promises to boost economic growth, create jobs and fight the rampant corruption.