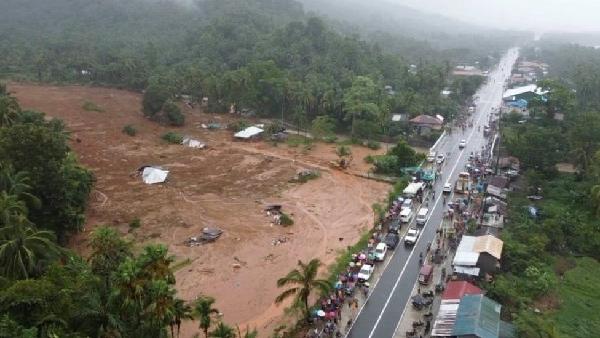 A further 110 people are missing and 1.9 million have been adversely affected, the national disaster agency says.

Villages around Baybay city in the central Leyte province were badly hit, with hillside avalanches and overflowing rivers.

In one village, Pilar, about 80% of the houses were washed out to sea.

The agency also reported deaths in the southern Davao region, Mindanao and in the central Negros Orientals province.

Many people fled their homes to shelters or higher ground when the storm, known locally as Agaton, hit the archipelago with winds of up to 65km/h (40mph). 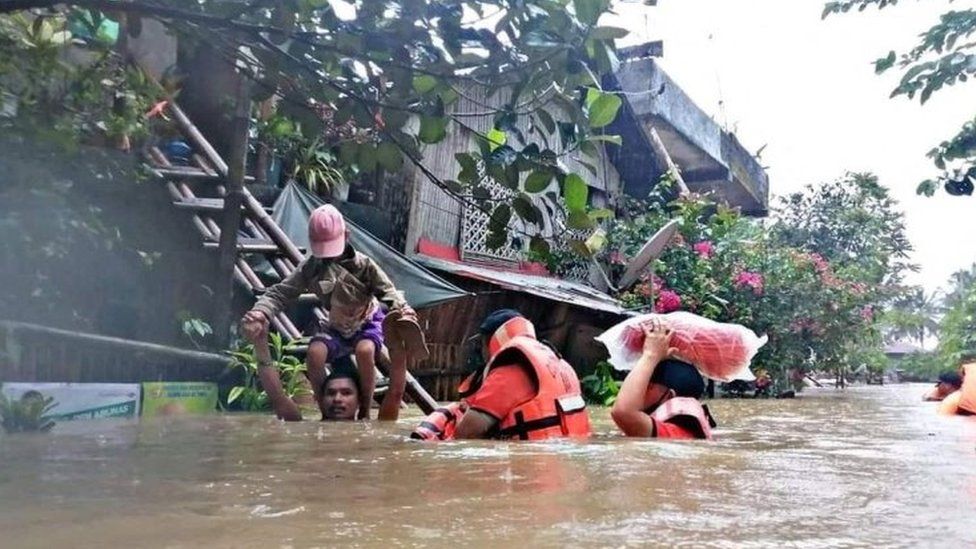 Pictures posted by the Philippines Coast Guard show rescuers carrying the injured on stretchers through chest-high water and ferrying survivors on rafts down flooded streets. 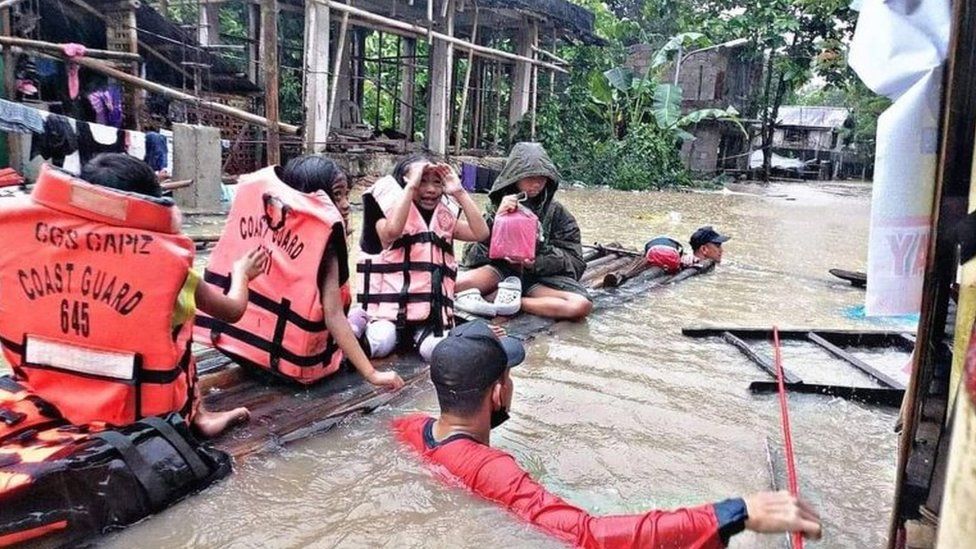 The rescue effort was hampered by rain although conditions eased on Tuesday.

It was the first such storm of the year - the Philippines typically sees an average of 20 each year.

It comes about four months after Super Typhoon Rai devastated many of the nation's south-east islands in December - killing at least 375 people and affecting about 500,000 people.

It was the worst storm to hit the Philippines that year and experts said it had grown stronger far quicker than anticipated.

Marissa Miguel Cano, a public information officer in Baybay, told AFP news agency: "It's supposed to be the dry season but maybe climate change has upended that."

Scientists say human-caused climate change has led to a greater intensity and power in tropical storms. The Philippines has experienced some of its most deadly storms since 2006.

It's been ranked as one of the nations most vulnerable to climate disasters due to its geography.