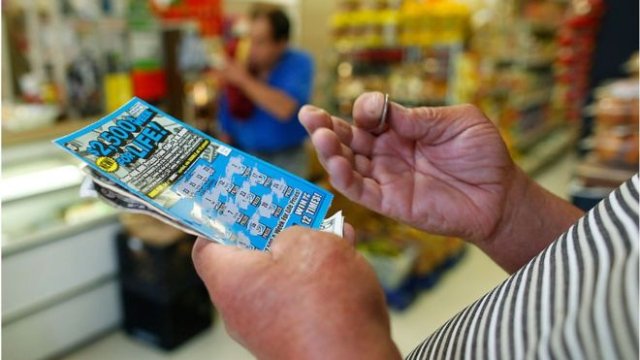 A cancer patient in the US has won $200,000 from a lottery ticket purchased on the way to his last chemotherapy treatment.

Ronnie Foster, who is battling colon cancer, bought a scratch card in the city of Raleigh and won $5, which he used to buy two more on a whim.

The first ticket had no winnings, but as he scratched off the second: "I saw all those zeroes and froze," he said.

Mr Foster said he would use some of the money for medical expenses.

Mr Foster told The North Carolina Education Lottery that he was already happy because he was on his way to the local hospital for his final round of chemotherapy.

"Winning this made it my lucky day," he said.

Mr Foster's winnings after taxes are just over $141,000. The retired transportation department worker says he plans to use some of the money to pay medical bills.

While he has health insurance, Mr Foster said there were still costs for the cancer treatment. "This will make it a whole lot easier."