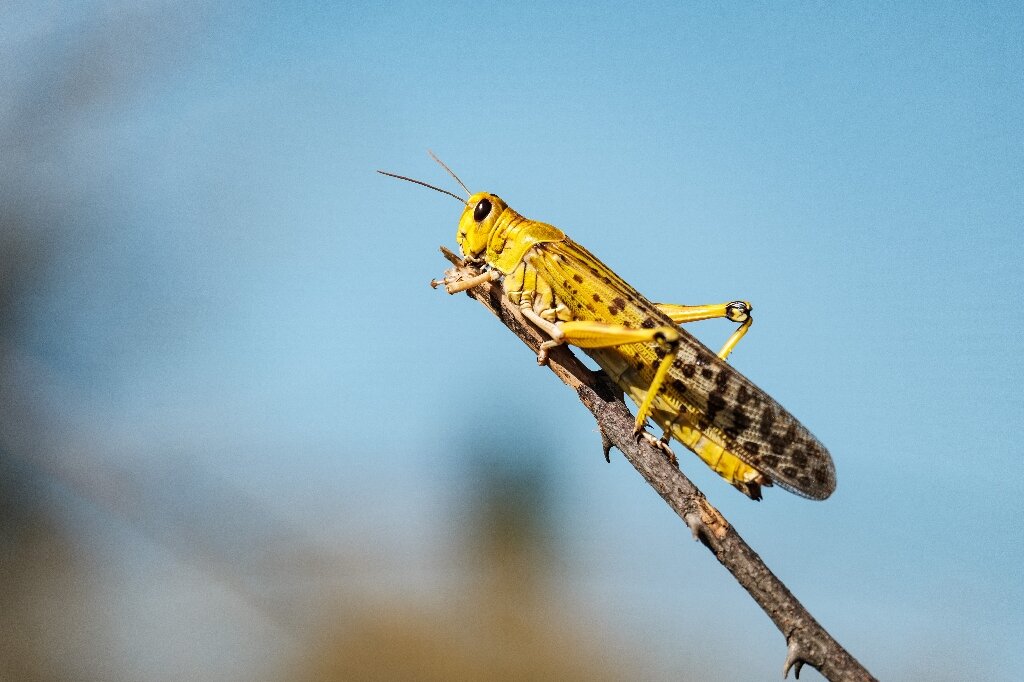 A video of a Ugandan MP carrying a bottle full of desert locusts in parliament has been shared online.

David Obala, who represents Ngora county in eastern Uganda, had brought the locusts to parliament on Tuesday to protest against the government's alleged slow intervention to curb the locust outbreak that has devastated crops across the region, raising fears of food shortages.

After another MP protested, Mr Obala was forced to give the bottle to the sergeant-at-arms, who helps maintain order in parliament.

The speaker asked for weekly briefing from the ministry on spraying efforts.

Mr Obala was forced to give the bottle to the sergeant at arms, whose responsibility is to restore order, after an MP protested.

Uganda's Daily Monitor newspaper tweeted a video of Mr Obala with the locusts:

Ngora county MP David Obala asks the speaker for permission to 'display locusts' on the table before Parliament on Tuesday #MonitorUpdates pic.twitter.com/yhiKIF2d6t