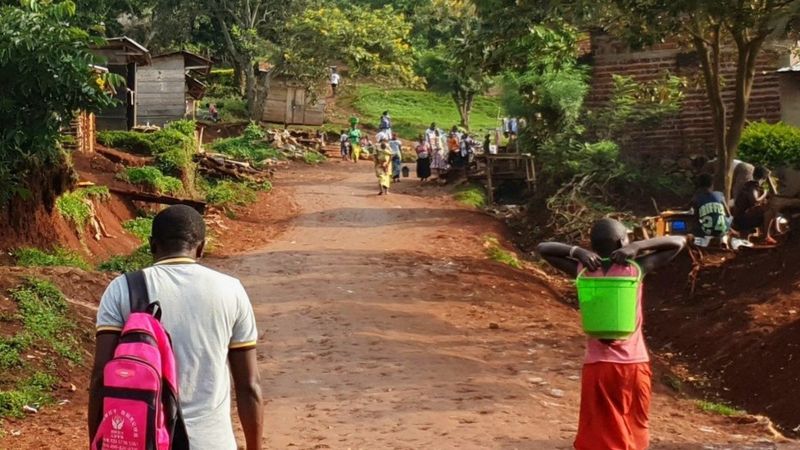 The World Health Organization, WHO has pledged to investigate allegations that aid workers tackling the Ebola outbreak in the Democratic Republic of Congo sexually abused and exploited women.

WHO and other aid agency staff were accused by 50 women in a joint investigation by two news agencies.

Local women were allegedly plied with drinks, "ambushed" in hospitals, forced to have sex, and two became pregnant.
The allegations cover the period between 2018 and March this year.

The New Humanitarian news agency and the Thomson Reuters Foundation have carried out an almost year-long investigation.

The WHO said the allegations would be "robustly investigated".

"Anyone identified as being involved will be held to account and face serious consequences, including immediate dismissal," it said in a statement.

"The betrayal of people in the communities we serve is reprehensible."

More than 2,000 people died in the Ebola outbreak in DR Congo.

The WHO, which spearheaded global efforts to curb the spread of the outbreak, declared it over in June this year.

The UN and aid agencies have previously promised zero tolerance of sexual abuse following similar allegations against some of their staff in other countries.

A spokesperson for the UK's Foreign, Commonwealth and Development Office said it would scrutinise the WHO findings closely, adding: "Sexual exploitation and abuse are completely abhorrent. We regularly assess all of our partners against the highest safeguarding standards."

Who does the investigation implicate the most?

Most of the allegations of sexual abuse and exploitation were against men, including doctors, said to be from the WHO. At least 30 women made allegations against them, the news agencies reported.

The next highest number of allegations - made by eight women - were against men said to be from DR Congo's health ministry.
Two other UN agencies, and four international charities, were also named in the report.

Some of the accused men came from Belgium, Burkina Faso, Canada, France, Guinea-Conakry and Ivory Coast.
Many men refused to wear condoms, and at least two women said they became pregnant as a result of the abuse, the news agencies reported.

What else did the women say?

A 25-year-old cleaner was quoted as saying that she was invited to a WHO doctor's home to discuss a promotion.

"He shut the door and told me: 'There's a condition. We need to have sex right now'," the woman said.

"He started to take my clothes off me. I stepped back but he forced himself against me and kept pulling off my clothes. I started crying and told him to stop... He didn't stop. So I opened the door and ran out."

In another case, a 32-year-old Ebola survivor told the news agencies that she was invited to a hotel for counselling.

In the lobby, she was offered a soft drink. She said she woke up hours later, naked and alone in a hotel room, and believes she was raped.

Why were the women exploited?

Many women said they were forced to have sex in exchange for jobs, with one describing it as a "passport to employment" and another said "they hire you with eyeballs".

Women said they were approached outside supermarkets in the eastern city of Beni, job recruitment centres, and hospitals where lists of successful candidates were posted.

The news agencies also quoted one woman as saying that "the practice of men demanding sex had become so common that it was the only way to get a job".

The WHO has spent this year fighting the Covid-19 pandemic, amid open hostility from the US, which has announced it will leave over allegations the WHO is too close to China. Now come these serious accusations.

The potential reputational damage is huge and the WHO has responded quickly, promising an immediate investigation.

It is more than two years since humanitarian aid agencies faced up to their own "Me Too" moment, when reports of sexual exploitation implicating Oxfam workers in Haiti soon spread to include multiple agencies.

All of them, including the WHO, pledged zero tolerance for such abuse, more rigorous training for staff and proper reporting systems for victims.

Given the allegations from DR Congo, it does not appear that either the staff training or the reporting system worked.

Up until now criticism of the WHO has been mainly from the US, and the organisation has been comforted by support, both moral and financial, from many other countries.

That support may now be shaken, just at the moment the world needs a global public health body beyond reproach.