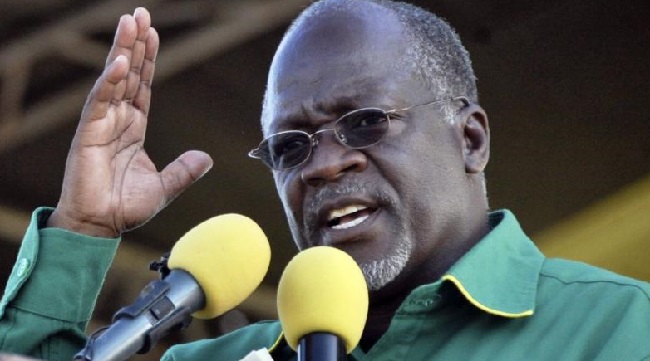 Tanzania has threatened to arrest and expel activists, as well as deregister all non-governmental organisations that campaign for gay rights.

Homosexuality is a criminal offence in the East African nation, where the law states that suspects convicted of having â€œcarnal knowledge of any person against the order of natureâ€ could face up to 30 years in jail.

At a rally late on Sunday, Tanzaniaâ€™s Home Affairs Minister Mwigulu Nchemba said both domestic and foreign campaigners for gay rights would now face punitive measures in the country.

â€œThose who want to campaign for gay rights should find another country that allows those things,â€ Nchemba said in the capital Dodoma.

â€œIf we establish that any organisation registered in our country is campaigning for gay rights â€¦ I will deregister that organisation. If a Tanzanian national is doing that campaign, we will arrest him and take him to court â€¦ and if it is a foreigner, we will immediately order him to leave the country.â€

The planned crackdown comes amid repeated warnings against â€œimmoral behavioursâ€ by President John Magufuli, who is nicknamed â€œthe Bulldozerâ€ for pushing through his policies.

Since his ascent to power in 2015, Magufuli has been praised by some Western donors for his bid to stamp out corruption and cut wasteful government spending.

Opponents, however, accuse him of becoming increasingly authoritarian by curbing political activity and cracking down on dissent.