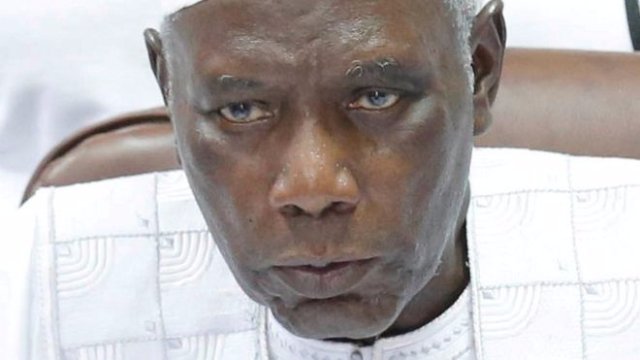 Head of The Gambia's Independent Electoral Commission (IEC), AlieuÂ MomarÂ Njai has gone into hiding, his family has told the BBC.

Some unconfirmed reports that Mr Njai, who announced Yahya Jammeh's defeat in the polls last month, has fled the country.

President Jammeh initially accepted defeat, but then changed his mind and is now refusing to step down.

Security forces took over the headquarters of the electoral commission shortly afterwards.

Mr Njai's son did not confirm whether his father had left the country, but said that he hoped and prayed that he was "in safe hands", writing in aÂ Facebook post.

President Jammeh, who has ruled The Gambia for 22 years, is due to be replaced by property developer Adama Barrow, who won elections on 1 December with more than 45% of the vote.

Three private radio stations have been taken off air in the country since Sunday, in the first sign of a media crackdown since the president's election defeat.

The West African regional bloc Ecowas, which has been leading these efforts, has threatened sanctions against Mr Jammeh if he does not step down.