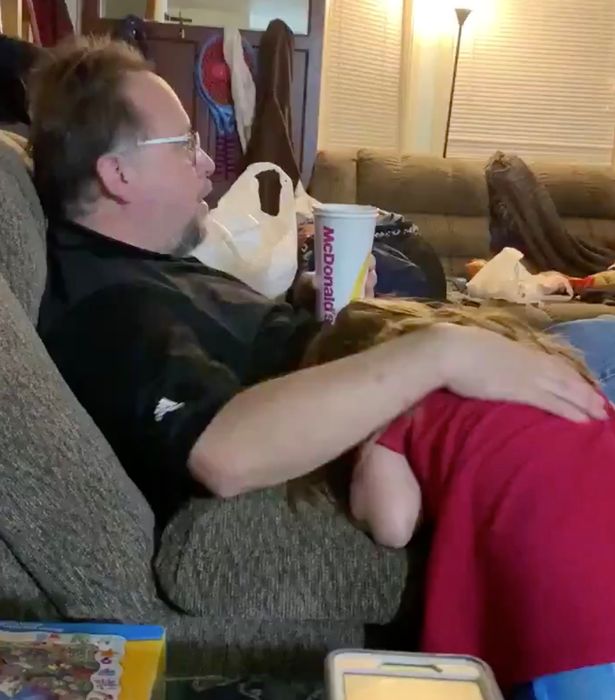 Break-ups never seem to get any easier but the first can be the hardest to deal with.

The love of your life has gone and it feels like you'll never find another like it.

For many, the first heartbreak comes in primary school, when the reality of a 'break-up' means you stop saying hello to your playground boyfriend or girlfriend in the morning.

You may look back on it now and laugh, but at the time it can seem like your world has ended.

When one young girl struggled to cope with the end of a relationship, she turned to her family for comfort.

Unfortunately, any hopes of receiving sympathy from her brother was short-lived, with his blunt reaction winning him a legion of fans online. 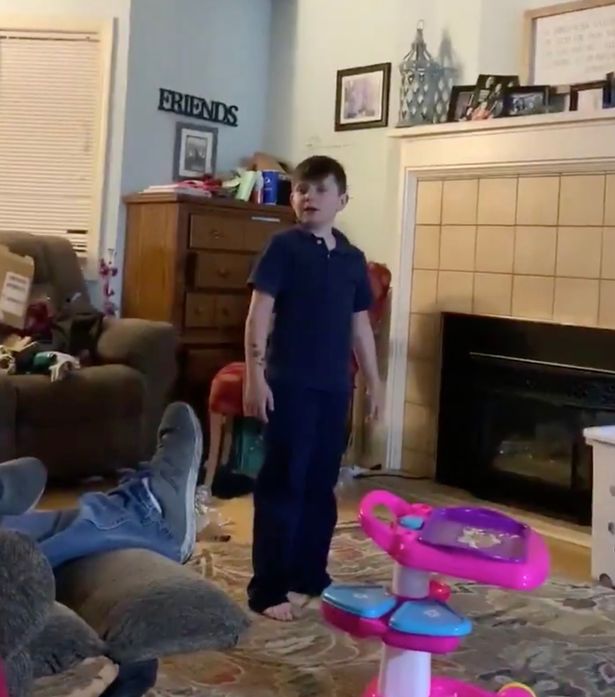 In a video uploaded to Twitter , the user captions the clip 'so my little sister's boyfriend broke up with her yesterday...' and shows the little girl in floods of tears with her head buried in her dad's lap.

As the dad lovingly rubs her back, he looks to his son for help and gently says 'Chris broke her heart today', which sees the crying girl also turn to face her brother, ready for his comforting words.

The camera then pans to the boy, who is standing in the middle room in what many have labelled an 'absolute power stance', as he remains deadpan with his arms by his sides to deliver the line: "Well, that's what happens in life."

The wise-beyond-his-years snippet of advice has seen the video rack up more than 630,000 likes, with one saying: "Sounds like this little man has lived a hard life."

Another said: "Big brother coming with straight facts like he's been there done that all his life."

A third wrote: "You can tell this little boy has been through a lot.

"All his puppy loves ended in heartbreak along with the three bankrupt lemonade stands."