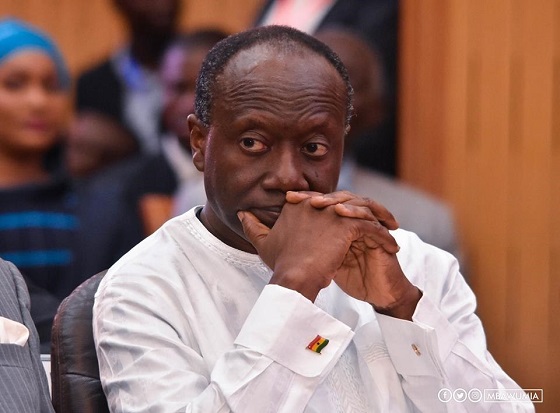 Minister for Finance Ken Ofori-Atta will present the 2023 budget on November 24.

This was revealed by the Deputy Majority Leader, Alexander Afenyo Markin when he presented the business statement of parliament for next week.

Alexander Afenyo-Markin said the change in the initial date which is November 15, is due to “unforeseen development.”

“The Minister responsible for Finance on the authority of the President of the Republic, is scheduled to present the budget statement for the year ending 31st December 2023 in accordance to Article 179 on the 1992 Constitution on Thursday the 24th of November 2022,” he said.

The Members of Parliament were urged to be present on the new scheduled date.

Finance Minister Ken Ofori-Atta is leading Ghana's negotiations with the IMF for $3 billion over three years.

Despite his role, Minority MPs and some Majority MPs want him fired ahead of the budget presentation for mismanaging public financing leading to the downturn of the economy.

It is not clear if Mr Ofori-Atta will be the man to present the budget or not.

But the Deputy Minister for Fisheries, Moses Anim says amidst calls for government to cut down its expenditure, Parliament must also be seen to be cutting down expenditure in these times of economic crisis.

“Mr Speaker, … we should have the post-budget workshop here in this Chamber so that Parliament will also be seen to be advancing the calls of cutting down of expenditure,” he said.