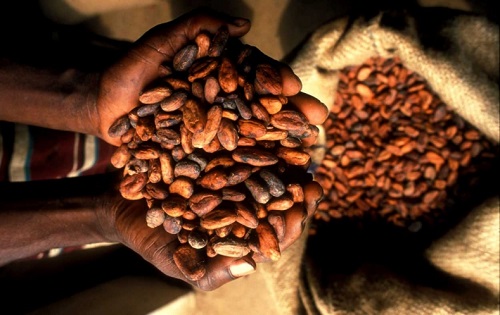 The Ghana Cocoa Board (COCOBOD) is optimistic that government’s plan to secure a $600 million facility from the African Development Bank (AfDB) to expand the country’s cocoa sector will be passed the next time it comes up in the House.

This comes after the minority in the house raised some concerns that forced Parliament to defer the approval of the loan facility on Tuesday.

The Minority Leader, Haruna Iddrisu questioned the utilization of US$ 68 million for hand pollination, US$5 million as part of the school feeding programme for the distribution of chocolate and cocoa products and 200 million dollars to promote local processing of cocoa, among others.

But the manager at the Office of the COCOBOD CEO, Fiifi Boafo, tells Citi FM that further engagements have been held with the Minority in the hope that their concerns would be addressed.

“We do not think the situation is going to remain the same when parliament reconvenes because a lot of the things that were said was out of the fact that some members were not privy to all the relevant information on this whole loan facility.”

“Some of them have enquired after what happened in parliament and explanations have been offered. It is our considered view that being informed about what the whole facility is about and it seeks to help cocoa farmers and the entire cocoa industry of the country when parliament reconvenes, a decision will be made. There is the need for us to go ahead because this money will be put to proper use and will be beneficial to our country”, he added.

Majority and Minority in heated debate

The Majority and Minority in Parliament seem to be worlds apart with regards to a loan facility of 600 million dollars for Cocoa Productivity Enhancement Programs by COCOBOD.

Both sides are not against the loan agreement, but the NDC Members in Parliament (MPs’) want a further and better particulars on what use the loan will be put to.

The Minority Leader Haruna Iddrisu said it will be necessary for the Finance Minister to appear before the House to explain to members the details of the loan.

The Ranking Member on the Finance Committee, Cassiel Ato Forson has given indications that the minority will write to the Lenders, that is the African Development Bank, (AfDB) to reconsider the terms and conditions for the loan facility.

Mr. Forson believes the main motive for this loan is campaign financing for next year’s elections. Former Deputy Minister of Agriculture, William Quaitoo disputes some of the claims of the Minority.

He said it is stated nowhere that five million dollars will go into purchasing of chocolates. Deputy Majority Chief Whip, Matthew Nyindam called on both sides to support the agreement.