Drivers react to calls for reduction in transport fares 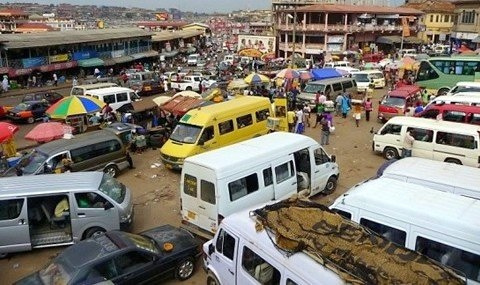 Some commercial drivers in Ashaiman have reacted to calls from the public for a reduction in transport fares.

But some of the drivers noted that it will not be appropriate for a reduction in transport fares now because fuel prices have not been reduced.

"It will not be good for us at all, we prefer that it stays like and the reason the fare was increased was because of the fuel increment not reduction in passengers."

"If petrol price is high and we reduce the fare is will affect us," another driver added.

National Chairman for GPRTU Kwame Kumah also stated that they will be meeting with the Transport Ministry today to see the way forward.

"The Ministry has called us for a meeting so let us finish the meeting and the outcome will be made known to everyone."

COPEC added “We are, by this statement calling on some of our major stakeholders in the transport sector including the GPRTU, Concerned Drivers Association, Committed Drivers Association and the Ghana Road Transport Cordinating Council to immediately without fail, ensure that transport fares are reversed by close of day tommorow, not only to previous rates but a further 5% reduction possibly on the previous rates before these recent increases since fuel price variance as at this point remains positive by at least a further 12% from the pre covid-19 lockdown period.”