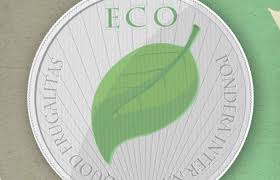 The introduction of a single currency among Economic Community of West African States (ECOWAS) is edging closer as Central Bank governors have begun an extraordinary general meeting to deliberate on issues relating to the introduction of the ECO.

The committee of Central Bank governors is also expected to discuss the implications of the recent announcement by the French-speaking countries in ECOWAS on the proposed introduction of the single currency the ECO to replace the CFA franc.

The talks will further determine the way forward for the member states of the West African Monetary Zone (WAMZ) in line with the road map for the introduction of the single currency - The ECO.

The ECOWAS Technical Team, however, is expected to present proposals made by the West African Monetary Institute about the ECO.

These governors after their deliberation will have to forward their recommendations to the Heads of States in the region as to whether the region is ready for the introduction of the single currency.

The Ghana government in December 2019 backed the Economic Community of West African States (ECOWAS) to speed up the processes of adopting Eco as a single currency for member States.

In a statement, the government said the decision to use Eco and that this will remove trade and monetary barriers, reduce transaction costs, boost economic activity, and raise the living standards of Ghanaians.

ECOWAS announced earlier last year that beginning January 2020, countries within the West African sub-region will be able to use a single currency called ECO.