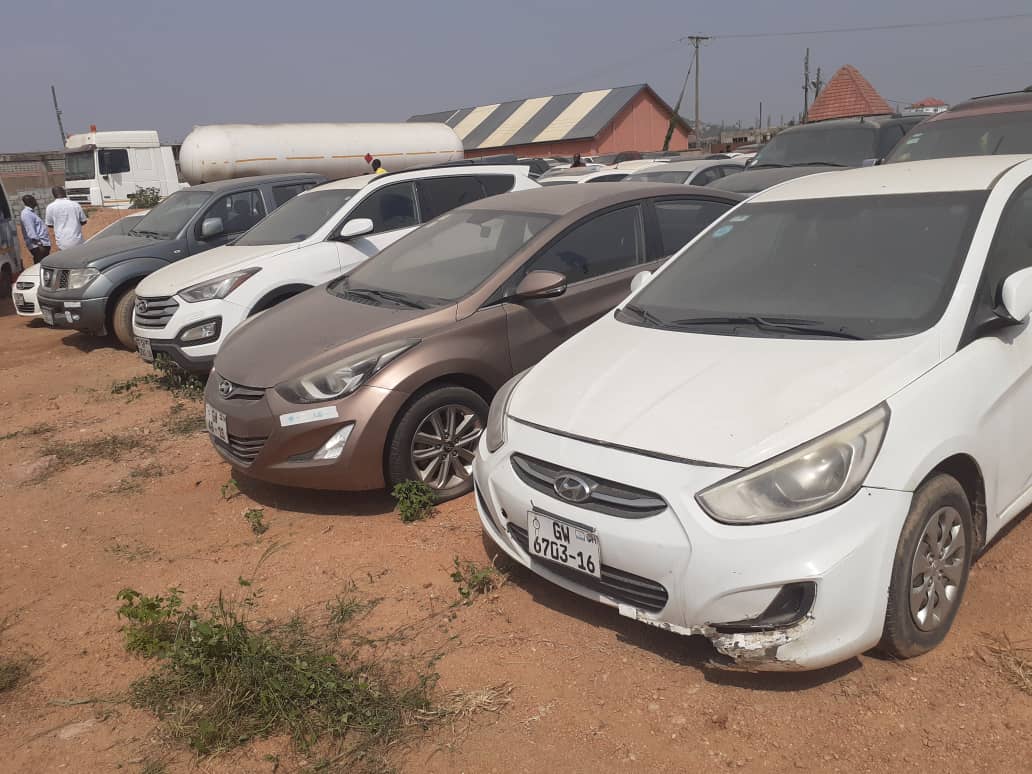 Former Chief Executive of the Microfinance and Small Loans Centre (MASLOC), Dr Stephen Amoah, has said reports that vehicles previously rejected by the Ghana Private Road Transport Union (GPRTU) as part of a failed transaction have been abandoned and are rotting away.

According to Dr Amoah, it is not true that the over 300 vehicles are currently exposed to harsh weather conditions at the premises of the National Security Ministry in Accra.

He told Joy News on Wednesday, May 12, 2021, that over 90% of the vehicles have been released to different government agencies for use.

â€œThe vehicles never got rotten. I can tell you about 300 vehicles comprising buses and Aveo and Spark Lite saloon cars have all been released. In fact, just about 12 of the Spark Lite cars that were having factory defects have not been released. Apart from that all of them were released,â€ he told Joy News.

His comments come amid the arrest and subsequent release of a Citi FM journalist, Caleb Kudah, by National Security operatives for allegedly filming abandoned vehicles rotting away at the National Security Ministry.

The operatives arrested Caleb and later stormed the premises of the Accra-based media giant to arrest another journalist, Zoe Abu-Baidoo, who the operatives claimed was an accomplice in the filming of the vehicles at the security installation.

Speaking about the alleged abandoned MASLOC vehicles, Dr Amoah said although the vehicles stayed at the premises of the National Security Ministry for a while due to a challenge with GPRTU over their pricing, most of them were distributed to prevent an instance of financial loss to the state.

The 350 vehicles, comprising of buses and saloon cars, were procured in 2016 by MASLOC through hire purchase for members of the GPRTU. The arrangement failed to go through due to the disagreement between GPRTU and MASLOC over the hire-purchase prices.

Dr Amoah explained on Wednesday that by the time the GPRTU came back to the table, most of the saloon cars had been given out but 85 of a total of 100 buses have given to the driversâ€™ union on hire purchase.

â€œAfter some time, the President, Nana Akufo-Addo agreed with the leadership for the prices to the reduced by then we had given out the saloon cars,â€ he said.

â€œWe were able to give out 85 of the buses to the GPRTU out of the 100. We gave one to the National Union of Ghana Students (NUGS), we gave one to MASLOC to be used at the head office,â€ he added.

According to him the best of his knowledge, the remaining 12 buses are the only vehicles still waiting to be distributed because of some minor faults.

He stated that there is currently an arrangement with the State Transport Company (STC) to procure the remaining 12 buses at an affordable price.