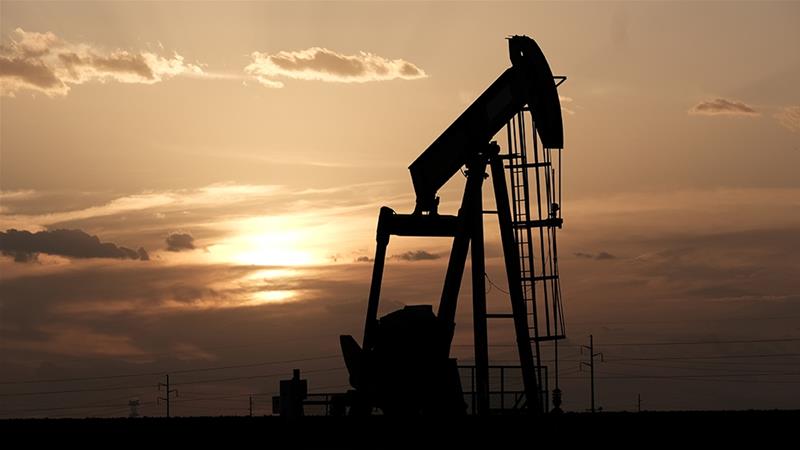 Global oil prices have risen after Donald Trump said he expected Saudi Arabia and Russia to reach a deal soon to end their price war.

The cost of crude had fallen to 18-year lows as the two countries slashed prices and ramped up production.

At the same time demand has been hit hard by shutdowns around the world to slow the spread of the coronavirus.

US oil has just seen its worst quarter on record, falling by two thirds in the first three months of the year.

He added that he expected them to "work it out over the next few days" after he spoke to both countries' leaders.

Traders have suggested that prices may also have been boosted by expectations that American shale oil producers, which have relatively high production costs, are coming under pressure to cut production.

"High debt levels could see some of those producers wiped out," Michael McCarthy, chief market strategist at CMC Markets said.

The American oil industry, which Mr Trump described as having been "ravaged", has just seen the first stock market-traded casualty of the collapse in oil prices.

Shale producer Whiting Petroleum, which was once the largest oil producer in the US state of North Dakota, filed for bankruptcy on Wednesday. The company said it had worked to cut costs and would continue to operate under a restructuring plan.

It came as global demand for crude oil was predicted to be almost 23% lower this month than it was a year ago, according to research firm Rystad Energy.

Meanwhile, Mr Trump will reportedly meet the bosses of major energy companies, including Exxon Mobil and Chevron, at the White House on Friday.

They will discuss a range of options that may include possible tariffs on oil imports from Saudi Arabia, according to the Wall Street Journal.