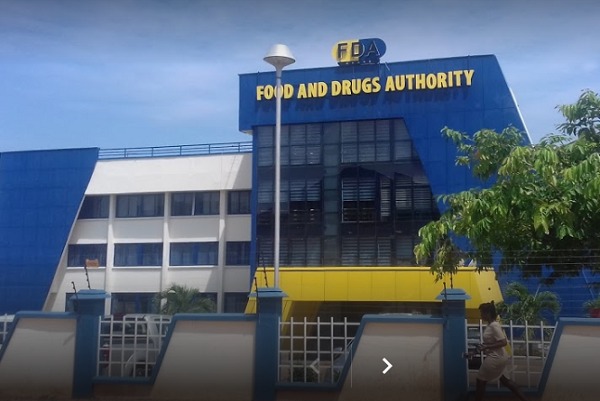 The Food and Drugs Authority (FDA) says event organisers and celebrities will have to their approval before requesting sponsorship from alcoholic beverage companies.

Head of Industry Support Services Department of the Food and Drugs Authority (FDA), Kofi Essel, in an interview with Graphic Showbiz said that the FDA will assess the situation and either approve or disapprove of such partnerships.

According to him, alcoholic sponsored events are attended by many people including minors. Mr Essel stated that these minors at the program would indulge in alcohol when they are not supposed to.

“Just take a look at what happened at the ‘Adonko Aseda Bash’ at the Baba Yara Stadium in Kumasi some years ago, where a lot of people in their teens got drunk and couldn’t do anything than to sleep on the ground. We just want to prevent such things from happening

Mr Essel revealed that the FDA will process any individual or company for court if an alcoholic beverage company sponsors an event involving minors.

This new directive comes after the FDA banned celebrities from endorsing alcoholic beverages mostly because their followers may include minors who are not in the drinking age group yet.

Responding to this development, Communications Manager and Head of Productions at Charterhouse Ghana Ltd, George Quaye, tasked the Food and Drugs Authority (FDA) to show research that proves that minors attend concerts sponsored by alcoholic beverages and get drunk.

He explained that patrons of events choose to sleep at event grounds for safety reasons when events end in the wee hours of the morning.

Mr Quaye said that this is because many fear they could be attacked on their way home.

FDA, he stated, should provide evidence “that shows that the people that were apparently lying on the pitch in Kumasi after that concert sponsored by Adonko, doctors tested their blood and realised they were intoxicated by Adonko bitters.”

“I have produced a number of events across the country and I can say on authority that at almost every outdoor event or concert which is overnight, when it's done, you’ll see people sleeping somewhere at the venue not because they are drunk but because they are tired or afraid to get attacked.”

C.E.O of 3Music Awards, Sadiq Abdulai said that the directive by the FDA is kicking event organisers out of business because alcoholic beverage companies are one of their major financiers.

Speaking on Showbiz A-Z on JoyNews, he stated that “when you make a decision like this, it is taking big funds form our space, which makes it difficult for us to continually fund and create opportunities for the sector.”