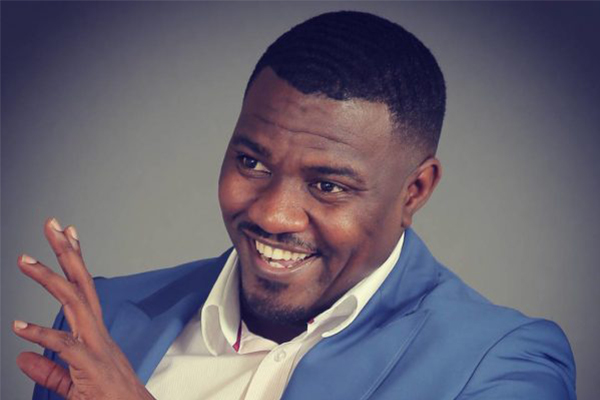 The actor shared his view of the state of the Ghana movie industry and has called on movie producers to be more creative with the content they produced.

John Dumelo in an interview with Comedian Foster Romanus on e.TV Ghana's "The Late Nite Celebrity Show', said the Ghanaian movie is not dead but the producers have to put more work in the content they produced.

According to him, since we are in a digital era and DVDs are gradually getting out of the system, if producers produce their movies on CDs, Ghanaians will not patronize them so they should come up with a new strategy to sell their movies to Ghanaians.

“I think that the Ghanaian movie industry is being revived. Producers are still producing, but the only thing wrong is that the producers haven’t found innovative ways to market themselves. 10 year ago, you do a film, you put it on a CD, you go on the street and sell it, people will buy it and some at the end will say that they sold 50,000 or 100,000 copies. The thing is, these days, people don’t have the DVD players so even if you produce CDs where are they going to watch it?”

“Nowadays, everything is literally on the phone or laptop so if the film industry finds innovative ways to market it, people will still go and download it and a lot of them will also go to the cinema. I have never seen a Ghanaian film that has been premiered and only two or three people show up. Every film that has been premiered, it has been successful. You would also realize that a lot of people will walk and watch the film in the cinemas. But we need to bring it down to the level of those who can’t walk and go watch at the cinemas. We need to find innovative ways to market our movies,” he opined.