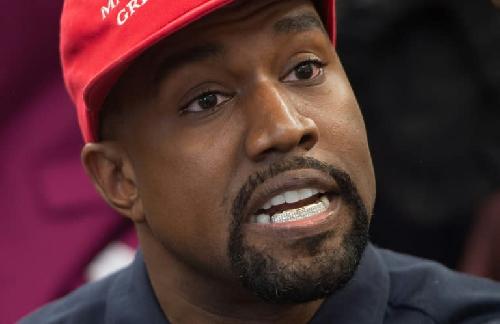 The rapper Kanye West is to end a once celebrated partnership with the retailer Gap, which had hoped the collaboration could breathe new life into its brand.

Mr West accused the firm of failing to honour terms of the deal, including by failing to open standalone stores for his Yeezy fashion label.

The agreement with Mr West, who goes by Ye, was hailed as potentially transformative when announced in 2020.

But there have been signs of strain.

The first item produced under the partnership, a $200 (£173) puffa jacket, did not go on sale for a year. That led to reports that Gap was frustrated by the slow rollout of Yeezy products, which also included a plain hoodie in bright colours for $90.

Mr West, meanwhile, has repeatedly criticised the company on social media, accusing it of copying his designs, excluding him from meetings and ignoring his requests to join the board.

Gap, which has faced its own internal struggles including the firing of its chief executive this summer, declined to comment.

But in an email to staff seen by the BBC, its president and chief executive Mark Breitbard said that while Gap and Yeezy shared many values, "how we work together to deliver this vision is not aligned".

"Important to know is that throughout this partnership, we have upheld our commitments - and the teams have done so with the utmost integrity, navigating obstacles and demonstrating incredible resolve," he added.

Mr West's lawyer, Nicholas Gravante, said Mr West had tried to work through the issues with Gap but "gotten nowhere". He sent a letter on Mr West's behalf to Gap notifying it of his intent to end the deal on Thursday.

"Gap left him no choice but to terminate their agreement," he said. "Ye will now promptly move forward to make up for lost time by opening Yeezy retail stores."

Mr West, who made his name as a rapper in the 2000s before branching out into fashion, has long had high ambitions for Yeezy, which is known for its sell-out trainers, foam sliders and boxy, oversized clothes in colours like beige and black.

Since then, the two companies have teamed up with high-end fashion label Balenciaga. The recent results of that collaboration - a series of black t-shirts, hoodies and anoraks - generated buzz when they went on sale this summer out of what looked like large trash bags.

That partnership is governed by a separate agreement, according to the letter sent on Mr West's behalf to Gap.

Mr West also has a partnership with Adidas, which is due to expire in 2026.