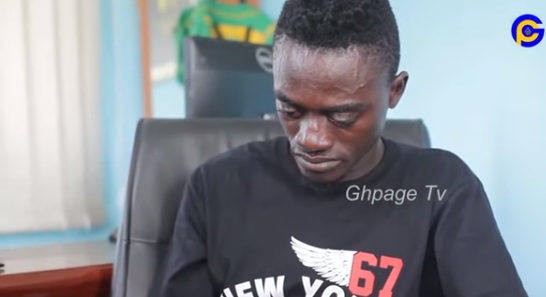 Popular Kumawood actor, Kwadwo Nkansah Lilwin has narrated how his former manager, Zack Gh, Top Kay and Okadie (Zacksâ€™s manager now) extorted huge amount of money from him just to give him access to his social media handles which were being managed by Zack.

Unknown to Kwadwo Nkansah, Zack had changed his passwords so when they had a fallout and he couldnâ€™t log into his social media platforms, he contacted Zack about it.

That was when Zack told him he has to pay GHÂ¢5,000 (50 million old cedis) before he will give the accounts to him.

No matter what he said and pleaded, these people insisted he had to pay or he should open another social media pages to continue his work.

Kwadwo Nkansah Lilwin told Ghpage.com he ended up paying GHÂ¢3,000 before Zack who is now parading as innocent and the others gave him his social media password.

Ever since Prophet Nigel prophesied to Lilwin that his former manager, Zack had placed a curse on him, the fallout has been devastating. There have been accusations and counter-accusations from both Lilwin and Zackâ€™s camp.