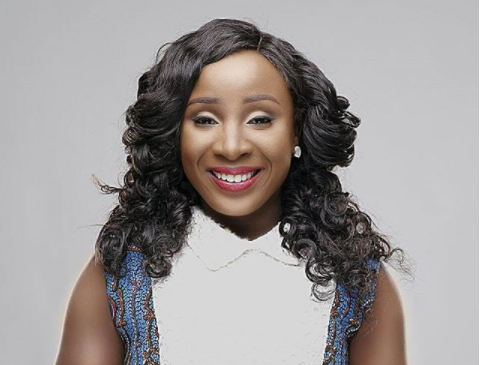 Naa Ashorkor Doku Mensah one of Ghana's finest Radio and TV personality has had her contract terminated by the Multimedia Group.

The celebrated broadcaster announced her appointment was terminated on May 5 by her former employers though she provided no reasons for their actions.

Naa Ashorkor until her contract termination was host of Strong and Sassy on Joy FM, she is confident that even though she has lost her job in these difficult times God will open another door for her.

She wrote â€œI have got Good news and bad news everyone! With immediate effect as of yesterday, my now former employers, Multimedia Group, terminated my appointment. Thatâ€™s the bad news. Now for the good news, such situations only give my God the opportunity to show up. Itâ€™s not an easy time to be out of a regular and steady income. We are not in normal times, but hey, I would like to use this opportunity to encourage everyone who has lost their job or income during these difficult times to not lose hope. Hope is an amazing thing that gives us the ability to stand and trust God in such difficult circumstances. Donâ€™t lose hope. Jeremiah 29:11, For I know the plans. I have for you,â€ declares the Lord, â€œplans to prosper you and not to harm you, plans to give you hope and a future. Stay tuned for some more news soon.â€ 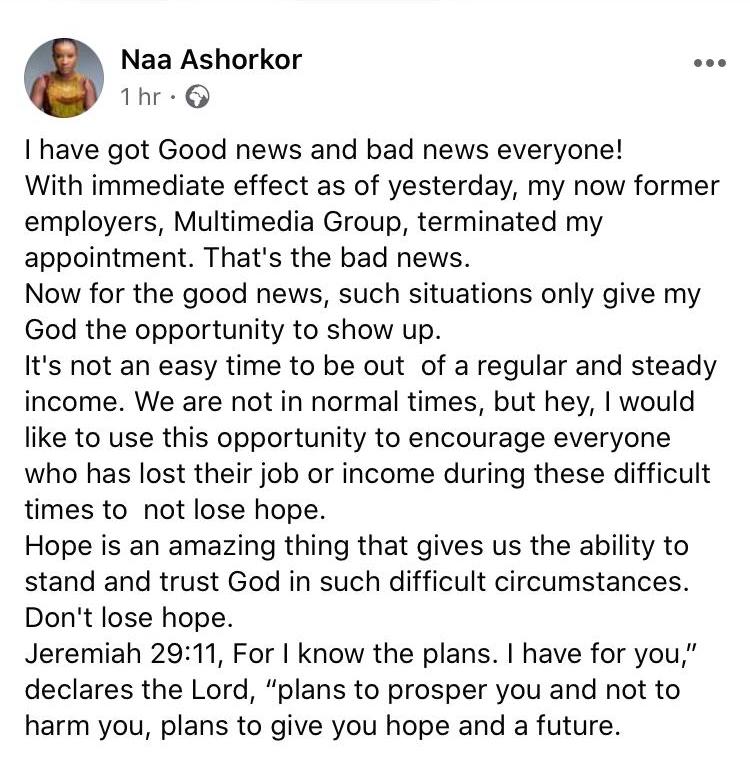