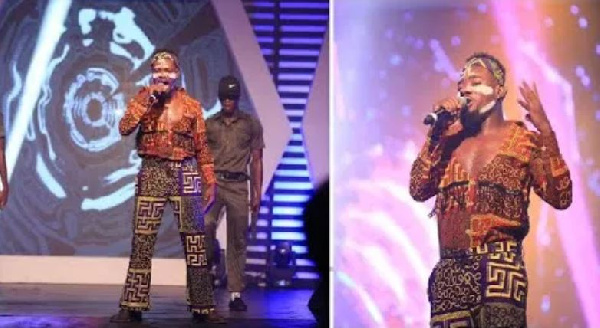 Optional King shut down the entire Accra International Conference Center as audiences went wild with the announcement of finalist born Mohammed Lukeman as the winner of the TV3 Mentor Reloaded.

With memorable performances including the crazy Fela Kutiâ€™s â€œZombieâ€ a creative rendition in his own dialect, the Optional King won the ultimate prize of a 2-bedroom house.

Optional King whose consistency in projecting the culture of the northern sector night after night earned praise of the judges who described him as ready for the showbiz industry.

READ ALSO: Do you know how many kids were around when Jesus turned water to wine? â€“ Shatta Wale to FDA

As though expectant of the news the entire auditorium lit up with cheers and applause for the â€œTamale Ka Wulaâ€ as he received his award.

The incredible Chichiz came second place and got a return flight to cool off in Cairo, Egypt as well as a cash prize of GHc6,000.00, two recorded master of his songs and other goodies.