Patapaa is talented, support him - Kinaata 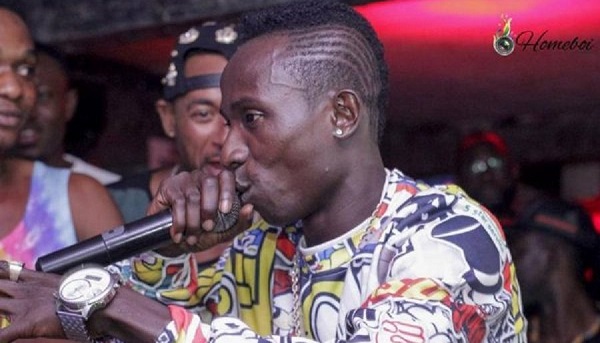 In spite of criticisms leveled at Hiplife artiste, Patapaa for making 'noisy' and 'senseless' music, Highlife musician, Kofi Kinaata believes the One Corner artiste is talented and has asked Ghanaians to rally behind him.

“I hate it when Ghanaians go hard on Patapaa because every musician is unique in his own way. If Ghanaians could enjoy a song like Man's Not Hot by Michael Dapaah (BIG SHAQ) who didn’t really say anything in the song, then I don’t see why they should find fault with Patapaa,” he told Showbiz in an interview.

According to Kofi Kinaata it is not easy for a musician to make a hit song and if Patapaa could do One Corner which was a national hit and featured on other songs like That Thing with Article Wan, Akwaaba with Mr Eazi, Guilty Beatz and Pappy Kojo and Daavi with Kawoula Biov then he should be praised for his efforts.

The Susuka hitmaker said although Patapaa was being insulted for doing 'noisy' songs, he was laughing all the way to the bank.

“I hear he built a four-bedroom house with the money from One Corner and this is a guy who always rocks the stage. The earlier, we support him the better,” he said.

Kofi Kinaata said he would not mind collaborating with Patapaa on a song. “Some musicians will not be comfortable featuring Patapaa on their songs but I wouldn’t have problems at all featuring him. Once I direct him on what he should do on the song we are good to go,” he said.