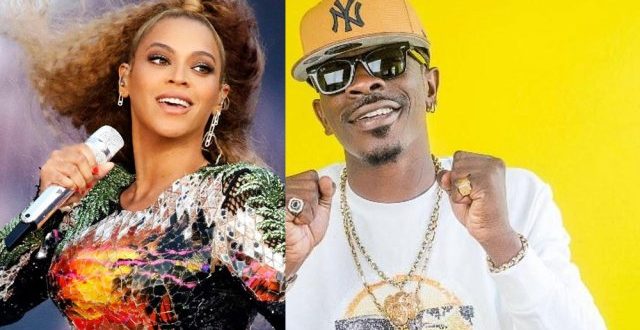 The album, The Lion King: The Gift, that Beyoncé produced and curated has been released.

The track list features African stars such as Burna Boy, Wizkid and Shatta Wale, as well as songs from Kendrick Lamar, Jay-Z, Childish Gambino and Pharrell.

The US musician had earlier called the album a "love letter to Africa" adding that she "wanted to make sure we found the best talent from Africa".

In Ghana, Beyoncé's collaboration, Already, with dancehall star Shatta Wale has already got people talking, and #ShattawaleBeyonceAlready is trending on Twitter there.

Some suggest that Beyoncé is sounding "like a real Ghanaian": 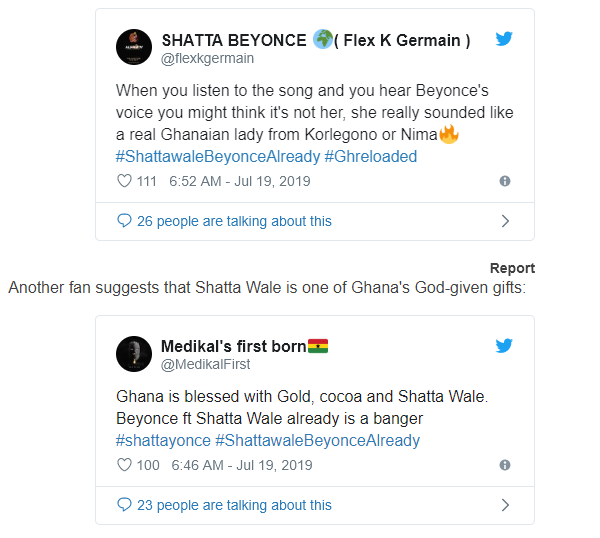 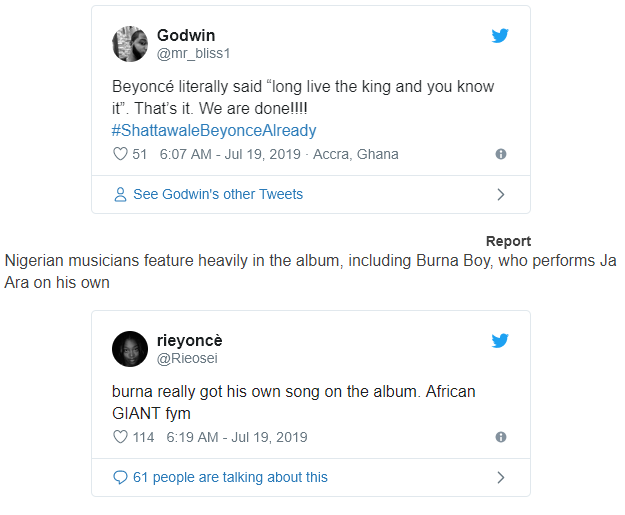 Beyoncé told ABC News that she wanted the album to be "authentic to what is beautiful about the music in Africa", adding that "each song tells the story of the film".

The musician has faced some criticism in East Africa for not including a Swahili-speaking performer, especially as Lion King, which is released on Friday, has many Swahili references.