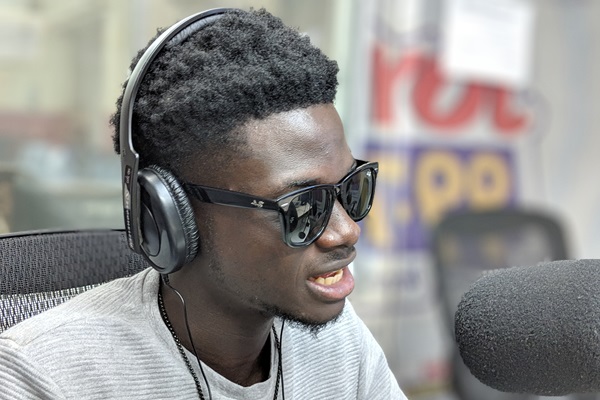 Musician, Kwami Eugene has hit back at his critics questioning if he should die or grow old before he’s crowned as future Highlife King.

For the past weeks, Kwami Eugene has been heavily criticized by some musicians and media personality after veteran Highlife musician Nana Amakye Dede crowned him as the next King of Highlife music at the just ended 20th Vodafone Ghana Music Awards (VGMAs).

According to Kwame Eugene speaking to SVTV Africa, there is no way he can force Nana Amakye Dede who is older than him to make such a decision asking if people expect his efforts in the music industry to be recognized he is no more.

He further revealed that people should rather ask Amakye Dede why he took such a step by giving him the crown.

‘The crowning wasn’t planned at all, anybody who says that is disrespecting Amakye Dede’s intelligence, a small boy like me how can I convince Amakye Dede to take such a huge decision, do you get what I mean, he’s an elderly person who makes his own decisions, he told me that whatever he’s given me I should hold onto it very well because it’s from his heart.

"And then I thanked him, but the thing is people are bound to talk no matter what one will do, I don’t understand, I didn’t crown myself, maybe we should blame Amakye Dede for crowning me. So must I die before I’m crowned or my efforts are recognized? Or I should get old before I’m recognized’. He quizzed.