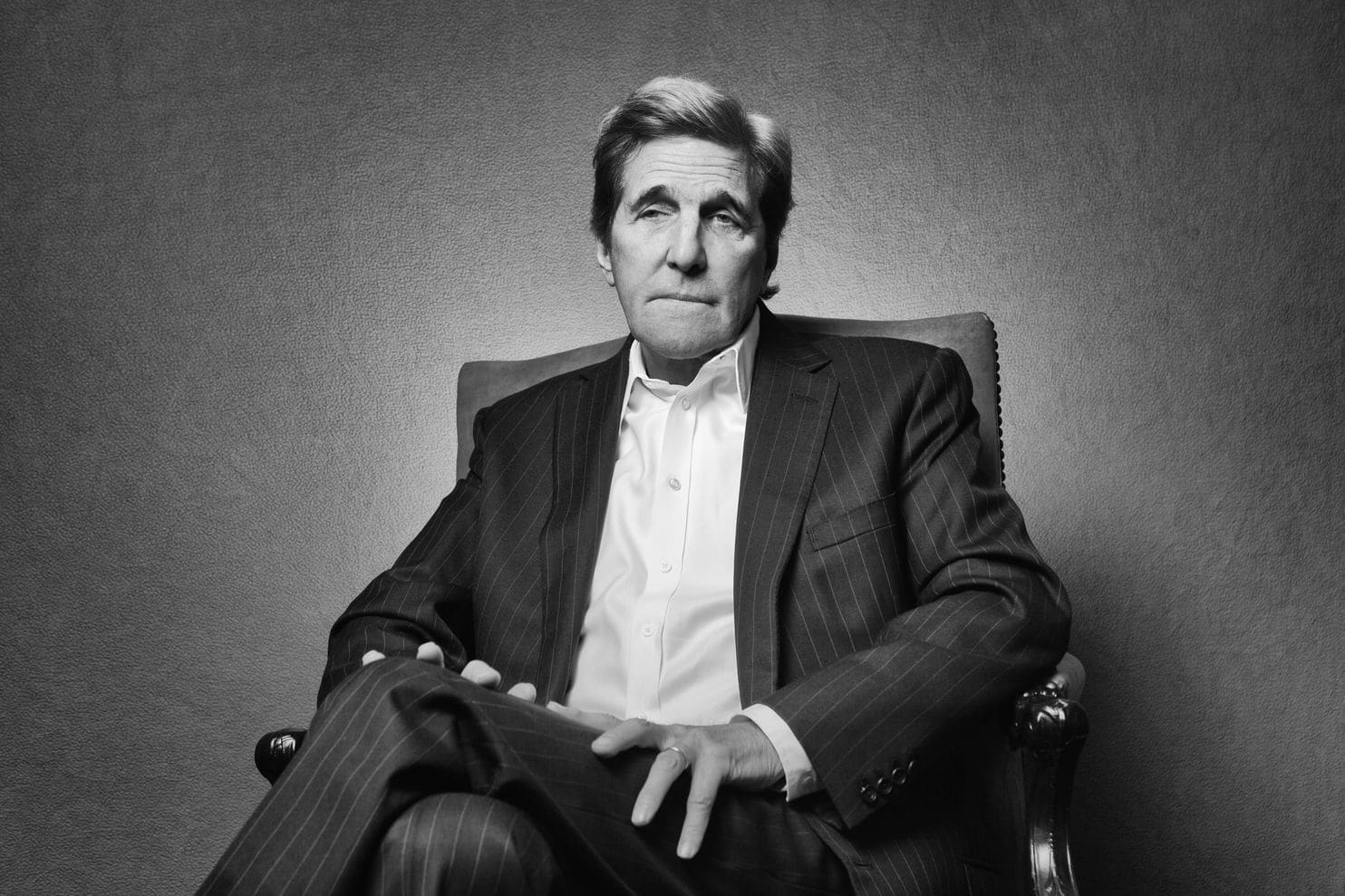 
Kerry was the Democratic Party nominee for president in 2004 and served as secretary of state under President Barack Obama. His memoir, “Every Day Is Extra,” was released this fall.

You caught some heat from President Trump and Secretary of State Mike Pompeo for talking with the Iranian foreign minister this year, with the secretary charging that you “always refused to treat our enemies like enemies.” I was wondering if, maybe fundamentally, you don’t see individuals as “enemies,” exactly?

No. We have enemies. Unfortunately. I’ve heard those things ever since I protested the war. But I did volunteer to go to Vietnam, and I killed some of our enemies. I don’t think Donald Trump did, who got deferments for his bone spurs [and college] and can’t even remember which foot they were on. It’s just that I learned that what we were being told was a lie when I got there. And I don’t believe in killing for a lie. And in the Middle East today, we have huge difficulties because of a lie.

So, I’m not a pacifist. I’m completely prepared to go to war on behalf of my country, providing we’ve made the decision as a country that this is what we have to do. And we’ve done it after exhausting the remedies of diplomacy. But you don’t rush to war. That’s one of the great lessons. People who haven’t been to war tend to be the quickest to rush to war.

You talk in the book about your frustration at losing control of the narrative during your 2004 presidential election against George W. Bush. Having just written a narrative of your life, what were you hoping people would understand about you that they didn’t before?

Well, I don’t think people really knew me in the course of that campaign, or even previously in the Senate. I think I stayed too guarded. I was getting divorced [while in the Senate]. I had kids. I was rushing back-and-forth to Boston. And so it didn’t leave the time to go to dinner in Washington or get to know people. And therefore, you’re “aloof,” or you’re whatever.

I don’t think I’ve ever really been aloof. But I have zones of privacy. I mean, most people should and do. But a lot of that dissipated with the run for the presidency. And afterward, I feel liberated. I followed my gut as secretary of state. While in the campaign, I thought I should have stopped and addressed the swift-boat thing even more. I thought we were going to do it in ads. It didn’t happen. I take the blame. But never again will I not absolutely follow what my gut tells me is the right thing to say or do.

So, I wanted the book to be honest. And I feel good about it. Where there are warts, there are warts. But they don’t bother me; I’m comfortable in the journey traveled. And also, the kinds of things that you wouldn’t normally think of sharing. I mean, for me to be present with my wife, my former wife, my ex-wife’s current husband and my two daughters while my ex-wife was dying was a remarkable experience. Saying this is the way it can be — you don’t have to be arch enemies, you don’t have to kill each other. And I wanted just to put it out there.

Could you share some advice that has helped guide you?

I think I always had a sense of right and wrong just from my father and mother. And a sense of responsibility to community and citizenship. You know: You're a lucky guy. You go to nice schools. You've got a good life. You owe back. Pretty simple.

My mother was 50 years a Girl Scout leader and Brownie leader. Leader of my sister's [troop] and my Cub Scouts den mother. She was always involved with the community doing one thing or another. The quintessential tennis-sneakered white-haired New England mom.

When she was in the hospital, I went in to visit her. It was right at the time I made the decision to run for president, and I told my mother. She looks at me, and takes my hand, and says, "Johnny, just remember: integrity." Boom. You got to tell the truth. Just be yourself and do what's real.

You probably won’t tell, but could you see yourself running again?

I think it depends a lot on what happens in the 2018 midterms. [This interview occurred in October.] And it also depends on what the field is. If I think there are people who are just not able, you know, to pull it off, I would think about it. I’m not sitting around salivating. But I don’t rule it out. You know, I’m going to sit down with Joe Biden, ’cause we’re old buddies, and have a conversation and see what he’s thinking. I’m sure we’re thinking much the same kind of thing: waiting for someone who can win without our having to do it!

Does it feel like running for president would be easier if you did it again?

Oh God, yeah. It would be like night and day. Because I have a huge base of support. I came within this much of winning. So, 60 million people have pulled the lever for me. I think I have a certain credibility, and I think I’ve proved as secretary of state I know what I’m doing. There’s a lot involved. But I’ve done it. I know what it is.