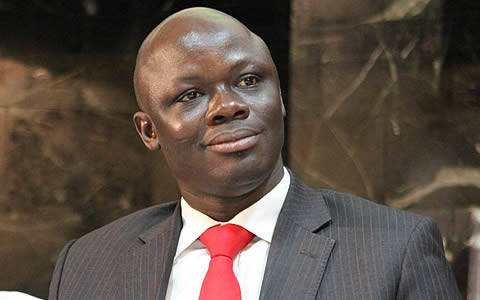 The Police and a section of the public have and continue to sell a lie that there is some offence or breach of law when journalists take photographs or film or record an event in a public place. They ignorantly or deliberately claim that journalists require express permission in such cases.

The fact is, no ethical code or law is broken. You notice no one peddling such a point ever point to a law or code. They are always livid and violent because the conduct captured by the journalist exposes a moral, ethical, professional or criminal wrong.

In fact, the journalist is often exercising a duty imposed by the constitution and professional code of ethics in capturing such evidence in the public for the public interest.

Journalists, and for that matter the general public, are even enjoined by the constitution and professional code to invade and interfere with “the privacy of [your]his home, property, correspondence or communication” in pursuit of “public safety or the economic well-being of the country, for the protection of health or morals, for the prevention of disorder or crime or for the protection of the rights or freedoms of others.”

So except in very special circumstances such as a sensitive or covet security operation, there is no prohibition whatsoever capturing evidence of wrong and criminal conduct by a public officer in a public place for the public purposes directed by the Constitution – the supreme law of Ghana.

Our courts have affirmed and reaffirmed the place of the media in this direction in our democracy, and not long ago the High Court, differently constituted, upheld the key role of the media and protections offered practitioners in the Solomon Joojo Cobbina and Others vrs The IGP and Others as well as the Afia Pokua and Others vrs NHIA and Others cases.

In fact, in the Afia Pokua case, the court reechoed the GJA code that while journalists are expected to use straightforward means to obtain information, they do no wrong at all if they have to resort to other means including secretive approaches to obtain information where there is overriding public interest to do so. The Court of Appeal Judge sitting as an additional High Court Judge ruled that people, especially public officers, had a duty imposed by law to ensure the safety of journalists who come to their offices or premises to do their constitutional duty, and they do not require their prior permission to capture evidence of wrongdoing in these public offices and premises.

The police must stop or be stopped from resorting to trumped up charges of “obstructing a public officer from performing his duties” to shamelessly harass journalists like they may be minded to do to Ghanaians Times reporters their officers assaulted this week. If you are looking for a clear case of such charge, don’t look beyond the press statement you released yesterday about that event in the Central Region.