Succession in life insurance benefits: a further discussion in admissibility of evidence 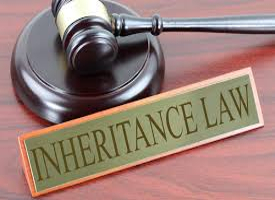 Of particular note are the pioneering works of Sarbah, Ollennu and Josiah-Aryeh. While Sarbah’s work dwells mostly on the Akan customary practices of inheritance, Ollennu steadily made a balance of the colonial and traditional systems administration.

In his work “Law of succession in Ghana” (1965), he traced the historical antecedence of the role of chiefs and elders of the various tribes that constituted councils which carried out administrative and judicial functions of the state prior to the inception of the British administration of the colony between 1830 and 1844.

Ollenu compared both administrations and gave prominence to the role of customary law in succession. Josiah-Aryeh’s work “The property law of Ghana” (2005) gave an image to the GaDangbe customary practices of inheritance. In his series of King Tackie Tawiah I, Memorial lectures in London and Accra, he highlighted the uniqueness of the GaDangbe system of inheritance and when further to working on a GaDangbe constitution.

Drawing from the scholarly works of Sarbah, Ollennu and Josiah-Aryeh, as a canvas for this article, my inclination to the subject will take a detour into the succession of life insurance benefits which was not in the reflection of the notable scholars at the time and again is lost in the Intestate Succession Act, 1985 PNDC Law 111.

My persuasive effort is to navigate the subject to reflect an innovative disposition which I will further urge on the law maker to consider in future law reforms in the Intestate Succession Law.

The death of a person in an intestate invites Letters of Administration (LA) granted by the Probate and Administration Court of competent jurisdiction by an application by the right community of the deceased person be it patrilineal and/or matrilineal.

The grant of Letters of Administration (LA) is a condition precedent for the devolution of an intestate property. The percentage share is clearly stated in the PNDC Law 111. If understanding does not prevail during the sharing, the courts of laws are open to aggrieved persons to petition it.

If the life insurance policy holder dies intestate, Letters of Administration (LA) should not be a condition precedent for the disbursement of funds since the deceased evinced an intention of prospective beneficiaries. Simplicita!

The only instances where I think Letters of Administration (LA) should be the ‘sine qua non’ for the disbursement of life insurance funds of a person who died intestate should be when the deceased person did not nominate a next of kin and/or beneficiaries of the funds. Also, should the next of kin and/or beneficiary died before the policy holder dies intestate and the policy holder did not amend the document before death, this will draw the funds into the residue of the deceased person’s estate by which its determinant will be according to the PNDC Law 111.

The argument could be raised that if the policy holder had a “Will” and the stated percentage share of the insurance benefit in the “Will” is different from what is indicated on the policy document, in that instance, which of the percentage share will be used? Also if the deceased had a “Will” but nominated different people other than those on the insurance policy, which of the set of people will be the beneficiaries? More so, what if the “Will” is silent on the insurance policy, will the nominated persons on the policy still benefit it?

In instances where the veracity of an insurance policy beneficiaries and percentage share are to be obtained, the insurance company should always be in the position to give that information. Insurance companies are by no legal means and/or moral rights to surreptitiously keep beneficiaries monies. Every effort must be made for beneficiaries to get their money.

In curing the mischief and sometimes the marathon of court litigation for obtaining Letters of Administration (LA) and even the nuances of “Will” administration as condition precedent to obtaining the benefits of life insurance policy of a deceased person, I propose the following measures for legal reforms as follows:

Formulating a national legislation on insurance law on succession will cure the otherwise narrow interpretation by insurance companies for beneficiaries of life insurance benefits. Such legislation will not be limited to only life insurance but also cover insurance expansively. As it stands now, it is opened to long court wrangling.

4. Insurance court
Establishing an insurance court will help give special focus and speedy justice to insurance related cases of which disbursement of insurance benefits will be administered. While this endeavour will help create practice specialisation for lawyers and also the need for more lawyers, it will further be a revenue generating stream from court fees for government. Not to mention job creation for judiciary staff.

If beneficiaries of life insurance policies are known, Letters of Administration (LA) must not be a condition precedent to disbursing funds to beneficiaries. Finding innovative ways to solving administrative bottlenecks must not be a far cry by a society that prides itself in quality education.

In conclusion, why hold the funds of insurance beneficiaries pending an “evil” litigation when the beneficiaries are in need? Sometimes some of these litigations take many years and lives are been wasted; education, daily survival and sometimes death due to lack of money to ameliorate some the problems timeously.

As a progressive and equitable society, such happenings do not end us a footnote. It rather gives the insurance companies the opportunity to be reaping where they have not sown. If this happens, on a lighter note, the deceased persons will be turning in their graves and “cursing” all who are involved in causing pain to their just beneficiaries.

I am ever ready to accept a consultancy engagement to explore this concept to its logical conclusion, actualisation and continuous improvement. A worthy idea deserves implementation. Let us come round the table and reason together.
Ghana deserves better.