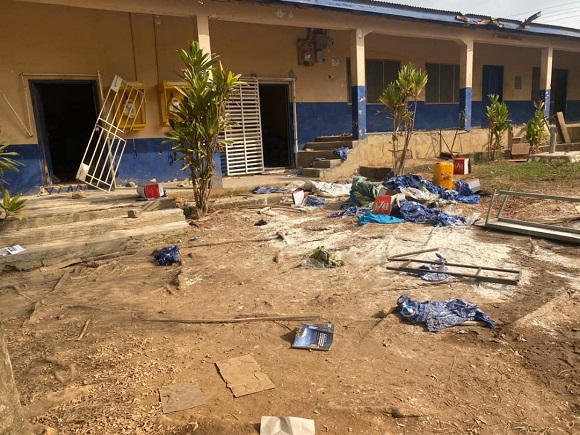 A 5-member is to be set up to probe recent disturbances by students of the Krobea Asante Technical and Vocational School at Effiduase Asokore in the Sekeyere East District of the Ashanti Region.

This was disclosed by the Regional Minister, Simon Osei Mensah after a District Security Council meeting.

The Regional Minister also wants leaders of the school’s Students Representative Council (SRC) to surrender themselves or risk being declared wanted by the police.

The school has been shut down temporarily after students went on rampage on Sunday.

The students caused a power outage and broke into the storerooms of the school and scattered food items.

40 students are being held by the police for questioning.

“The regional security council has taken assessment of the situation and per the briefing and advice the school environment wouldn’t be safe for teaching and learning and so the school has been shut down,” said a deputy spokesperson for the education ministry Opoku Mensah Yaw.

“For now investigations have started, there has been some arrest and since this is a security matter. The school is under TVET service and so that fold will have to work on a report and submit to the regional education directorate and that process has started,” he added.