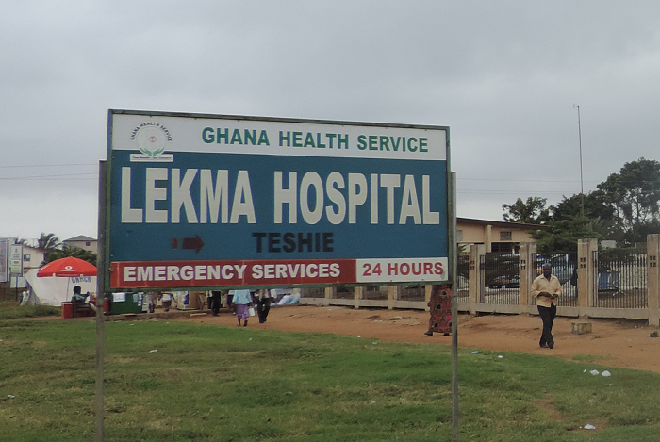 A 70-year old man, Anthony Opoku Acheampon, died in his car after LEKMA hospital and six other hospitals refused to admit him due to lack of beds.

According to the son of the deceased, Ishmael Opoku, irrespective of the fact that he was willing to pay for his father’s treatment, all the hospitals he visited refused to attend to him or even provide the sick man with first aid.

The incident he said happened on 3 June 2018 when he received a phone call from his mother to come home and assist in taking his father to the hospital because he was complaining of a headache and dizziness.

At midnight, Mr Opoku and his mother drove his father to the C&J Hospital at Adabraka where the nurse turned them away with the no bed excuse without even administering first aid.

They left C& J Hospital to the Korle Bu Teaching Hospital where the same excuse of no bed was cited. From Korle Bu, they made trips to Korle Bu Polyclinic, the Accra Regional Hospital, the Police Hospital and the LEKMA Hospital where his father eventually died.

All the hospitals they visited turned him away over claims that there was no bed.

At the LEKMA hospital, Mr Opoku recalls his mother knelt before a doctor and pleaded that his father be attended to but the doctor refused to take care of him insisting there was nothing he could do.

Mr Acheampon died in his son’s car after all attempts to get him medical treatment failed.

An emotional Mr Opoku wondered why the medical officers did not even bother to examine his father to find out what was wrong with him.

He said he was highly disappointed in Ghana’s health system and was considering travelling abroad to join his siblings.

He noted that despite the fact that his father had religiously made numerous donations to some of these hospitals when he was alive; the same facilities failed him when he needed them most.

Mr Opoku said the family is not pushing for litigation but prays no other family goes through what he had to go through.