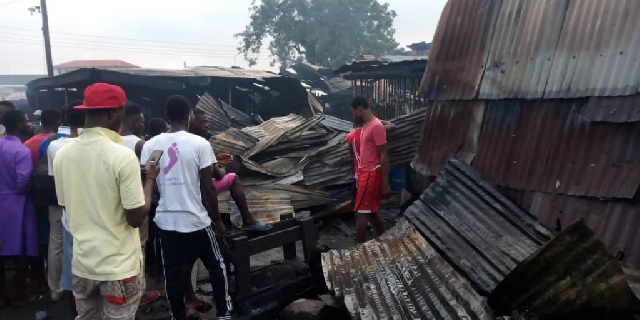 A fire outbreak has destroyed a school and some businesses at Asawase in the Ashanti Region.

The fire started at dawn on Tuesday, 5 November 2019 and razed the school, a kenkey production building, a bread factory and a tailoring shop.

Personnel from the Ghana National Fire Service (GNFS) were called in to put out the flames at about 4:30 a.m.

The cause of the fire is not yet known. The victims have been left devastated over the incident.

“The fire is still under investigation, so, until we conclude our investigations, we can’t give you the actual cause of the fire”, Manhyia Fire Station Commander, DO III Nicholas Kwaku Aikins, said as he cautioned the public to always remain vigilant in order to prevent fires.