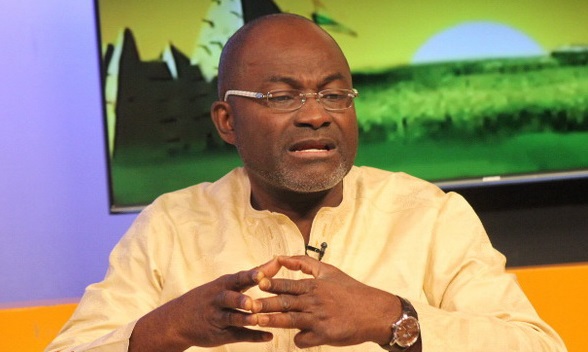 The Accra High Court will continue with Kennedy Agyapong's contempt case despite a suit filed at Supreme Court by his lawyers challenging the jurisdiction of the court.

Justice of the High Court Amos Wuni said he will not hesitate to punish persons who scandalise the court.

The court had earlier said it was going to continue with the matter but later decided to take an adjournment.

Justice Wuni had ordered the MP to show up and explain why he should not be severely punished for comments he made about a judge which the court deems disrespectful.

Lawyers for the MP on Friday informed the court of the application they have filed at the Supreme Court.

The application is seeking to halt the contempt proceedings at the High Court and set aside the contempt charge levelled against the legislator.

Lead Counsel for the MP, Kwame Gyan told the court that, “The application has been duly filed and service has been effected and My Lord, we have evidence in the form of proof of service on the judicial secretary and the head office”

The return date is Tuesday, October 13, 2020, for the application before the Supreme Court.

“In the circumstances, we are praying your lordship to grant us an adjournment so we could pursue the matter which is now pending before the highest appellate court of the land.”

Justice Wuni dismissed the request saying nothing barred his court from proceeding with the matter.

“This court is however fortified in the continuing proceedings by the decision of the Supreme Court in the case of republic v fast track high court ex parte Daniel where his lordship Prof Kludze JSC stated ex-cathedra that “a motion for an order of prohibition does not come within the ambit of 130 (2) and the fast track high court is perfectly within the law to continue with its proceedings until and unless there is an order from a higher court. That being the case, this court will continue with proceedings until so ordered to suspend.”

Mr Gyan, however, told the judge, he disagreed with the decision.

Justice Wuni then decided that he will adjourn the case to take further legal arguments from Mr. Agyapong’s legal team on Friday, September 25.