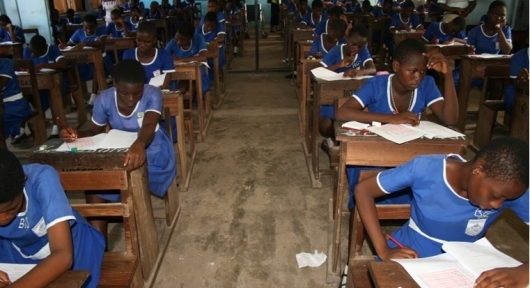 The Head of the Ghana National Office of WAEC, Mrs Wendy E. Addy-Lamptey says adults are the agents of examination malpractices and this affects the performance of candidates.

Speaking to Graphic, she said: “It is adults who are pushing these little ones to fall into the trap of examination malpractice.''

In an effort to help curb examination malpractice in the country, The West African Examinations Council (WAEC) has instituted some measures to prevent future occurrences.

The measures include banning the use of cellular devices at examination centres with immediate effect. Consequently, invigilators, supervisors and candidates will not be allowed to use mobile phones and other such gadgets during examinations.

According to WAEC, the ban had become necessary after the results of a research which established that adults were primary culprits in examination malpractice at all levels of education in the country.

Mrs Addy-Lamptey also asked candidates and the public to be wary of the activities of rogue website operators who claimed to have access to examination questions but ended up swindling their victims.

She advised the public to desist from dealing with such people whose activities should rather be reported to WAEC or the nearest police station.

Mrs Addy Lamptey also gave an assurance that the question papers for the upcoming BECE were secure.

The ban on the use of cellular devices at examination centres comes a few days to the start of the 2019 BECE.

In all, more than half a million candidates from 16,871 schools will write the examination at 1,880 centres throughout the country from Monday, June 10, 2019.

Out of the 517,332 candidates who will write the examination, 263,616 are males, while 153,716 are females. Giving a regional breakdown of the candidates, Mrs Addy-Lamptey said the Ashanti Region had 104,461, representing the highest number, followed by the Greater Accra Region with 90,584, while the Central Region will present 55,535.

Also, 1,880 supervisors will be deployed throughout the country, to be supported by 1,710 assistant supervisors and 18,136 invigilators.