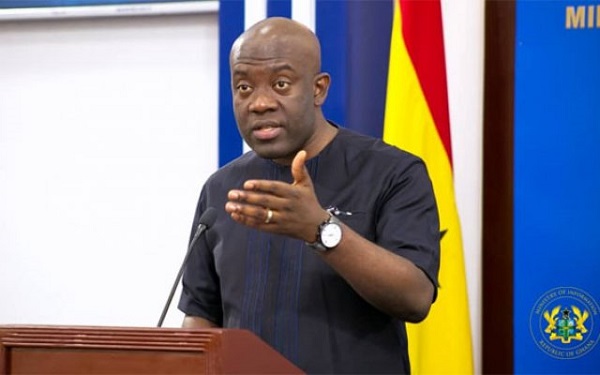 Kojo Oppong Nkrumah who is the Minister for Information says it is disappointing that killers of TigerEye PI journalist Ahmed Hussein Suale have not been caught and made to face the law.

Mr Oppong Nkrumah is of the view that due to the nature of the case it should have reached its conclusion by now, but that has not been the situation.

He made the comments on the back of a statement given by investigative journalist, Anas Aremeyaw Anas at the Global Conference on press freedom questioning the government’s commitment to dealing with such attacks on journalists.

He also revealed that the government has advised the Police CID to act promptly on such cases particularly because quickly resolving them will be in the interest of the public.

“It is very disappointing that a case, as high profiled like that which walked us back on press freedom has remained unresolved. Quite recently they arrested somebody only for them to find out that their intelligence was not right. From what they [Police] tell us, they have this evidence that they still consider as an active case that they are working on. The instructions have been quite clear from the highest level that you need to get to the bottom of some of these matters because it is in our collective interest that you deal with these matters with dispatch,” he said.

Background
Anas’ Tiger EyePI team aired an investigation in 2018 on corruption in African football, after which Ghanaian MP, Kennedy Agyepong, spoke against his methods in a series of programs he publicized on his TV station, Net 2 TV dubbed: “who watches the watchman?”

In it, he called for Anas to be hanged and further exposed the face of Ahmed Hussein Suale, who until then was not known by face to many Ghanaians.

Months later Suale was shot by unknown assailants in Accra.