Akufo-Addo to deliver last State of the Nation address today 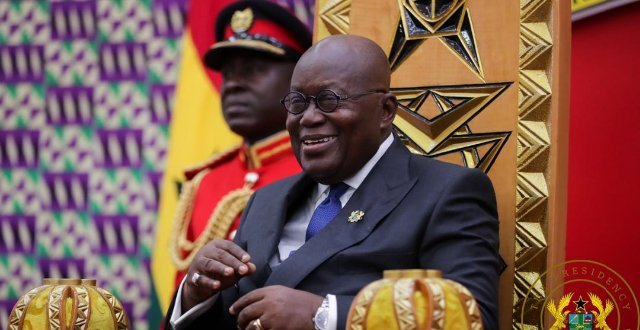 President Akufo-Addo is expected to deliver his last State of the Nation address for his first term in office today, Tuesday, January 5, 2021.

The event is expected to come off at 10:00am on the said date.

Parliament in a statement from its Public Affairs Directorate said attendance is strictly by invitation due to Covid-19.

The presentation is in line with Article 67 of the 1992 constitution which states that “the President shall, at the beginning of each session of Parliament and before a dissolution of Parliament, deliver to Parliament a message on the state of the nation”.

Meanwhile, the current Parliament is set to be dissolved come January 6, 2021 for the 8th Parliament to be inaugurated on January 7.

The Parliamentary Service in a statement outlined programmes to usher in the 8th house to facilitate the swearing-in of the President-elect, Akufo-Addo.