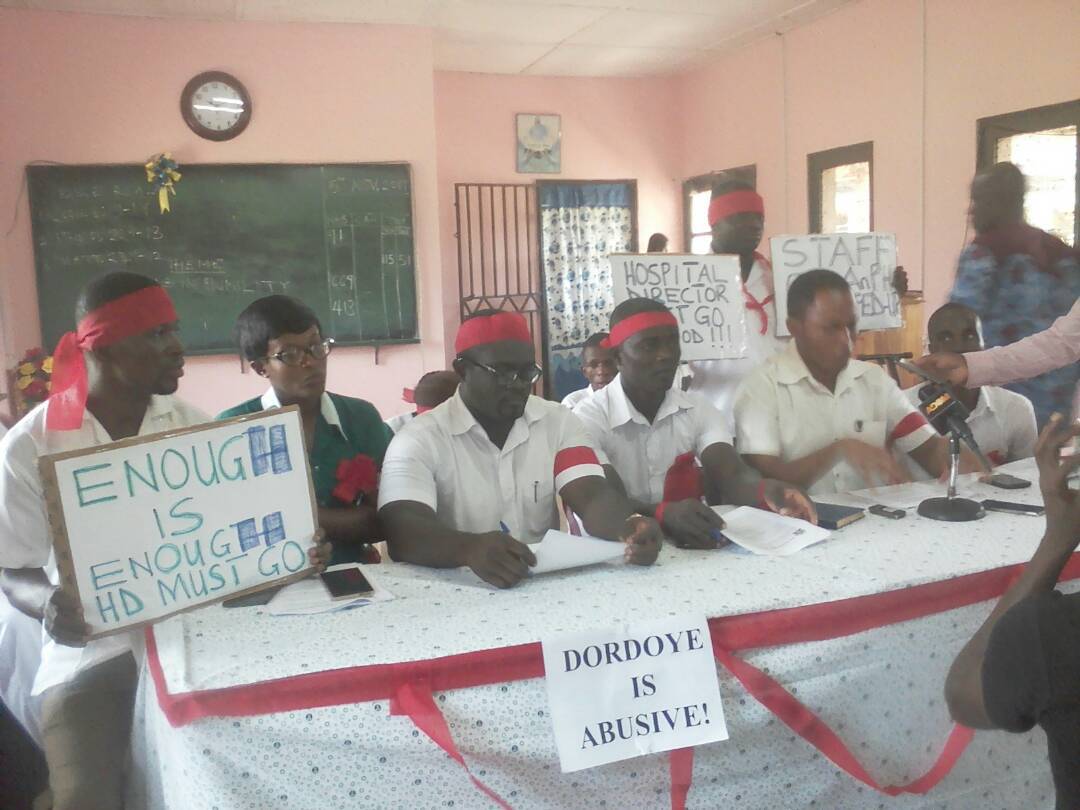 Mentally-ill patients at the Ankaful psychiatric hospital have been discharged as nurses and staff begin a sit-down strike against the director.

The nurses have embarked on the strike to register their displeasure at the Health Ministry's refusal to sack the hospital's medical director, Dr. Eugene Dordoye who has been accused of being corrupt and managing the facility recklessly.

They threatened to lay down their tools if their demand to see the director sacked were not met by November 17, 2017. According to the staff, they were going through hell due to the derogatory behaviour of Dr. Dordoye to the staff, as well as wrong decisions and misuse of the hospital's facilities for his personal gains, which prompted an appeal to the Health Minister, Kwaku Agyemang Manu to have him sacked. However, their pleas have not been considered as the director continues to stay in office.

Secretary for the Psychiatric Nurses at the Ankaful Psychiatric Hospital, Malcom Ali told Starr News that they have also suspended admission of new patients.

“It’s rather unfortunate because we don’t know what will happen to them, there was an emergency meeting yesterday by management and all in-charge of the various wards were told to bring patients for discharge.

As at yesterday, about 11 patients were discharged, eight have gone home and the rest are waiting for their relatives to come for them. We will come to work, write our names but we will not do anything until our hospital director is removed from the hospital.”

Meanwhile, the Ministry of Health has invited the leaders of the striking workers for an emergency meeting.