Auditor-General must be more thorough in its work - Prof. Bokpin 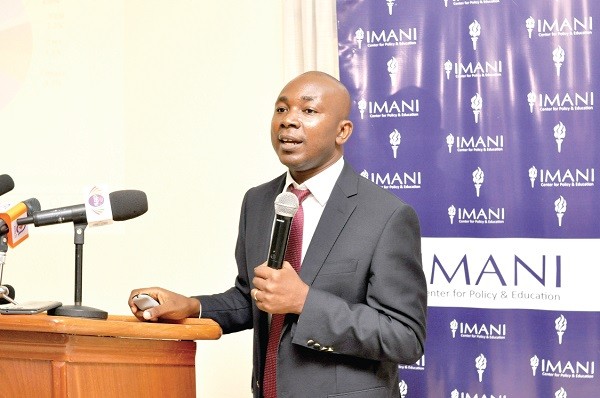 Economist and lecturer at the University of Ghana, Professor Godfred Bokpin has advised the Auditor-General to be more thorough in its audit reports.

Speaking on Joy FM's 'NewsFile' on Saturday, February 29, after some individuals cited as undeserving in the performance audit of the administration of scholarships by GETFund raised concerns over their inclusion in the list of beneficiaries, Prof Bokpin said a more careful and thorough work by the Auditor-General would have helped the situation.

Some persons on the undeserving list have contested the presence of their names in the list of beneficiaries.

One of such person is the Deputy Minister of Agriculture in the current administration, Kennedy Osei Nyarko, who has threatened to sue the Auditor-General for including his name in the list of persons said to have benefited from the fund.

But the Auditor-General in his response said they should send their concerns to GETFund who provided the list of beneficiaries. He added that they did not have any intention to tarnish the image of anyone with the list.

Sharing his views on the development, Prof. Bokpin said due to the role audit report plays in our governance system currently the Auditor-General may need to do a more thorough job next time to avoid all these concerns.

â€œBecause of the significant role that the audit report plays in our governance today, it will be very, very important that perhaps the Auditor-General will be a bit more thorough and be a bit more careful in putting out a report.

â€œWhether we like it or not since he [Mr Domelevo] was appointed and the work he has done so far, there is some level of acceptance of his report in our governance space for which reason we recognise that Ghana has some future, to some extent,â€ he said.