Bagbin is an avid keeper of records - Parliament 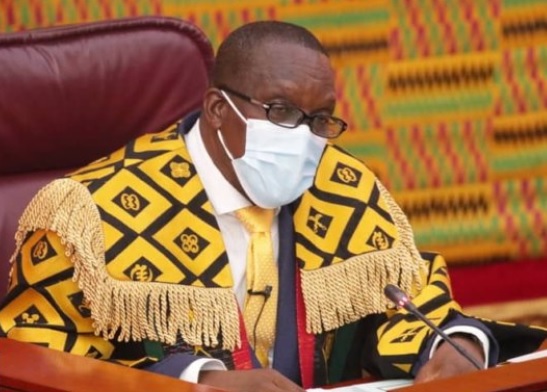 This was made known in a detailed profile of the Speaker of Parliament's Facebook page.

The profile talked about his journey in politics and his contribution to the development of Ghana's Parliament.

READ ALSO: Bagbin is the best person from NDC to be Speaker- Gabby Asare Otchere-Darko

The Parliamentary Press Corps described Mr Bagbin as a friend of the media and an avid keeper of records.

"He is very interested in the media and it’s development. He has contributed immensely to the development of the Parliamentary Press Corps. He enjoys music and reading and is an avid keeper of records."

The former MP for Nadowli Kaleo was elected Speaker of the 8th Parliament of the Fourth Republic.

He won a chaotic, closely contested secret ballot in the Chamber of Parliament on Thursday against former Speaker, Prof Aaron Mike Oquaye.

Alban Sumana Kingsford Bagbin- Elected Speaker of the 8th Parliament of the 4th Republic Rt. Hon. Alban Sumana Bagbin was born on September 24, 1957, at Sombo in the Upper West Region.

He started school at an early age at the Roman Catholic Primary School, Sombo, did his second cycle education at Wa Secondary School and ended at the Tamale Secondary School, where he earned his Ordinary Level and Advanced Level Certificates before entering the University of Ghana in 1977.

Hon. Bagbin is a graduate of the University of Ghana (1977-1980) and the Ghana School of Law (1980 -1982). He holds an Executive Masters in Governance and Leadership from the Ghana Institute of Management and Public Administration (GIMPA).

He is currently the longest serving Member of Parliament, having served since 1993 when the first Parliament of the 4th Republic was inaugurated, to January 2021 when the 7th Parliament was dissolved.

He has held a number of positions in Parliament since 1994 and capped his law making career with the ultimate, the Majority Leader and Leader of the House.

He was the Vice-Chairman of the Appointments Committee of Parliament.

Speaker Bagbin was Health Minister in the Mills administration and became Majority Leader in Parliament in 2009. Following a cabinet reshuffle in January 2010, he was appointed Minister for Water Resources, Works and Housing by President Atta Mills.

Speaker Bagbin was Second Deputy Speaker of the 7th parliament which was dissolved at midnight on January 6, 2021.

On the 7th of January 2021, Mr. Bagbin was nominated and elected as Speaker of the 8th Parliament of the 4th Republic. He comes to the Office of Speaker with a wealth of experience on how Parliaments around the world function, having been an active participant of many international Parliamentary organizations.

He is very interested in the media and it’s development. He has contributed immensely to the development of the Parliamentary Press Corps. He enjoys music and reading and is an avid keeper of records.