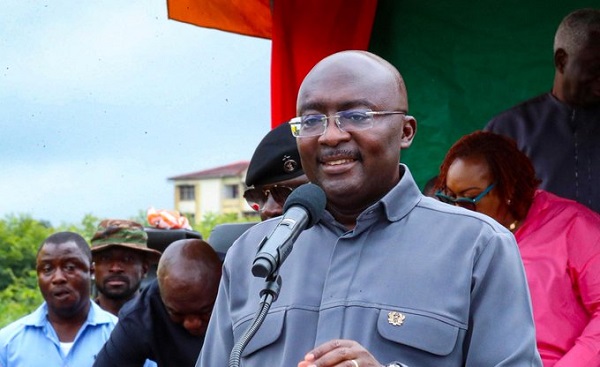 The project is a multi-country US$450 million credit facility to be implemented in Ghana, Cote d’Ivoire, Togo and Benin with the aim to provide support to the Northern parts of the Gulf of Guinea countries, which suffer instabilities owing to food insecurity, climate change, conflict and violence.

The Ministry of Local Government, Decentralisation and Rural Development, in collaboration with relevant stakeholders, would implement the project in 48 Districts in the Upper East, Northern, Upper West, North East, Savannah and Oti Regions.

Bawumia at the launch said out of the total amount, US$150 million would be used to implement the project in the 48 districts across the six regions.

“The project has been conceived and designed to address the effects of the spillover of conflicts and extremism from the Sahel region with its vulnerability, because of the exposure to the impact of climate change, strengthen local institutions, improve economic opportunities and build public trust,” he said.

Dr Bawumia said the project would focus mostly on communities in the Upper East Region, which has 15 municipalities and districts and their residents, especially women and children, exposed to terrorists’ attacks.

“Thus the project focuses on dealing with issues relating to fragility, conflict and violence."

“This is very significant as countries all over the world are pursuing strategies to address these challenges in view of the anticipating worsening of the situation if the necessary interventions are not promptly instituted.”

He cautioned the implementing agencies of the project both at the national and sub-national levels, saying implementation delays would not be tolerated.

He expressed the hope implementers would remain committed to the due processes outlined in the project documents.

“Indeed, Ghana must ensure that the delivery of the project through the decentralized structures culminates in the outcomes and impact as contained in the project appraisal document and implementation manual,” the Vice President said.

He expressed gratitude to the World Bank for the credit facility to complement Government’s efforts at building resilient human settlements through these interventions and extended to partner agencies for their contributions to the successful design and launch of the project.

Mr Pierre Frank Laporte, the Country Director of the World Bank, said the Bank was deeply committed to collaborating with the government through the new Country Partnership Framework to address spatial and other inequalities, improve socio-economic and governance to promote inclusive growth and poverty reduction.

He said the SOCO project was a specific example of targeting vulnerable communities in the North to proactively prevent the spread of conflict from the Sahel, reduce vulnerability to climate change and strengthen local institutions.

Mr Daniel Kwaku Botwe, the Minister of Local Government, Decentralization and Rural Development, said the project would be properly supervised, stressing that “It will definitely not be business as usual.

“We will ensure that there is value for money and the aspirations of the people will be met. That is the assurance we can give.”