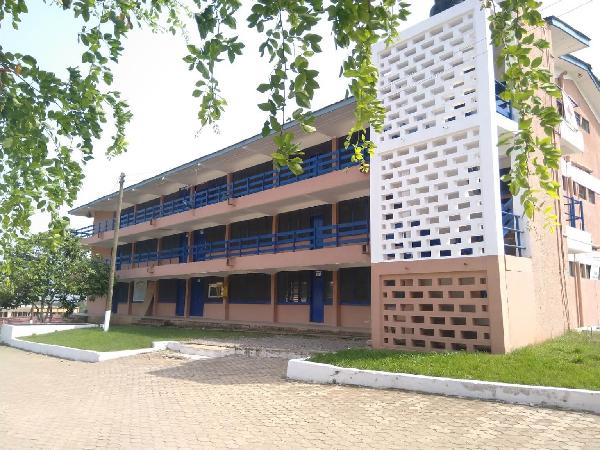 A teacher at Benkum Senior High School (SHS) in the Eastern Region has received death threats after allegedly having sexual intercourse with a student.

The sex video of the sexual escapade between the student and the teacher has leaked and is causing tension in the otherwise calm environment of the school.

According to the English teacher, Emmanuel Darkoh Mensah he is worried about threats to kill him over the incident.

In his apology letter, he said "I felt the girl has destroyed me so I wanted to pay her back but my retaliation has been extreme and even put the name, teachers and even students of the school into disrepute"

The teacher who said he regrets his actions asked the family of the girl and the school authorities to forgive him, describing his actions as outrageous, condemnable, untenable, unethical andnonsensical."

The case has been reported to the Akropong Police Command and investigation is ongoing.

The Akuapem North District and the Eastern Regional Education Office has set up a Committee to investigate the matter, resulting in the cessation of payment of the salary of the English teacher, one of the teachers involved.

Below is the full apology statement of Mr Mensah:

I accept I’m a coward. Yes, cowardice made me do all that I did. Having my salary blocked in this very difficult economic situation we find ourselves in and the concomitant loss of my job put me in a state of insecurity and made me waspish which caused me to react in that way.

To me, I felt the girl has destroyed me so I wanted to pay her back but my retaliation has been extreme and even put the name, teachers and even students of the school into disrepute. I pray to God to obliterate every painful indelible memory my action has caused everyone involved in this mess.

Yes, I’ve allowed myself for a school girl to bring me down and now I accept every aspersion and slur anybody would cast on me, such is life.

This apology is not to please authorities to help me get my job back, no, because that’s highly impossible but to make everyone know how remorseful I feel about my utterly preposterous action.

I regret. I regret everything I’ve done, everything. Right now I feel useless, I feel like my life is not worth even a discarded kitchen pot. I’ve erred and therefore beg for forgiveness from the entire staff, especially the teachers involved. I’ve been infantile in my actions and dragged the name of the school into the gutters. The family of Adwoa (not real name) are threatening to kill me, which is, of course the bitterest punishment because I think even incarceration isn’t enough for me, death is.

And to the headmaster, Mr Nyarkoh, I’m deeply sorry for causing all this mess. I’m sorry for allowing emotions to cloud my brain to act in this very silly way.

Finally, I want to reiterate that my action is outrageous, condemnable, untenable, unethical, nonsensical and unbecoming and deserves every reproach and reprimand.