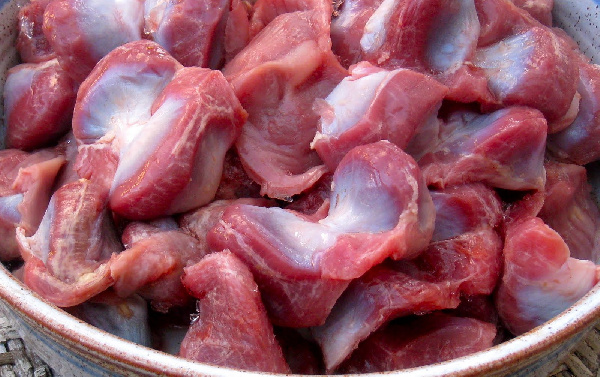 The Food and Drugs Authority, FDA says companies who imported theÂ salmonella infested gizzard into the country from Brazil cannot be blamed for the action.

Head of Corporate Affairs at the FDA, James Lartey in an interview with Citi FM said all the necessary measures were taken before the consignment was cleared.

"The point is that .... were imported into the country, they applied for permits to clear it, the products were inspected and the products were accompanied by health certificates which were duly inspected. Then FDA searched together with National Security, inspected the product, examined it before allowing it to be cleared."

The infested gizzard which was imported about a year now were having all the required documentation. According to him, the FDA just got the alert a week ago and could have not known about the infestation.

"At the time the clearance took place the alert has not been received that the products were contaminated, FDA just got to know about these alert a week ago about a year after the product have been cleared, if FDA knew about the alert we would have taken the necessary measures to ensure the product was withdrawn from the market."

Explaining the standard practice of how consignments are cleared by the FDA, James Lartey said it was the duty of the regulators in the other country to monitor and inform their counterparts at where the products are being sent to of the alert or infestation of the product.

"You can produce a consignment or product and the consignment will be okay and you will dispatch it to other countries, you may notice that other branches going to other areas might have some problem so that alerts you as a regulator to inform other countries.."

He stated that its a bacteria which cannot be seen with the eye and at the time the products were tested they well all okay to go onto the market.

Three containers of infested gizzard on the Ghanaian market

Veterinary officials said they were able to impound one of the containers but three others which can feed millions of people have already been cleared and already on the market.

The containers which have been marked as contaminated were imported from Brazil into the country in 2019.

Officials of the Veterinary Service Directorate of the Ministry of Food and Agriculture (MoFA), however, impounded the containers shortly on arrival at the Tema port, following a tip-off by the Brazilian Authorities.