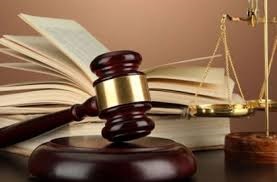 The Kaneshie District Court has dismissed an application seeking for an order directing the state to make available all documents and evidence they will rely on in prosecuting the case having to do with an alleged plot to destabilize the state.

The application filed by lawyers of some of the accused persons in the matter urged the court to allow for disclosure of all evidence in the case including a video supposedly linking their clients to the charge of treason.

According to them, a recent Supreme Court ruling in the NCA trial directed for disclosure of all evidence available to the prosecution in criminal cases.

READ ALSO :Â I love Ghana and can't do anything to disturb the relative peace we enjoy -Â ACPAgordzo

Their application was opposed to by state who argued that the request was premature due to the fact that the defence will be furnished with a bill of indictment which will contain almost all of what they are demanding.

Giving her ruling on the application magistrate, Eleanor Kakra Bans Botwe agreed with the prosecution and explained that in due time, the process of committal will give way to the request being made by the defence.

ACP Dr. Benjamin Agordzo has finally been released from police custody after being given bail by an Accra High Court.

Justice Charles Ekow Baiden, who presided over the court on January 21, 2019, admitted Dr. Agordzo to a self - recognizance bail in the sum of GhÂ¢ 500,000 but he was kept in police custody for almost 48 hours.

His brother Cephas Agordzo speaking to Citi News on Tuesday expressed disappointment in the turn of events but confirmed today that he has finally been released.

â€œACP Ben Agordzo is out of the Police Headquarters and he is now on his way home to join his family. He just went to court today to sign his bail bond and then went back to the Kaneshie Court to report and from there, came back to the police, packed his things and left. We are very very happy now,â€ he said.

Â ACP Dr. Benjamin Agordzo was on several occasions denied bail by the High Court after his arrest over his alleged involvement and contribution to the â€˜Take Action Ghanaâ€™ group which the State claims had devised a detailed plot to destabilize the county.

He was charged with abetment to commit crime namely treason felony and was on remand in police custody.