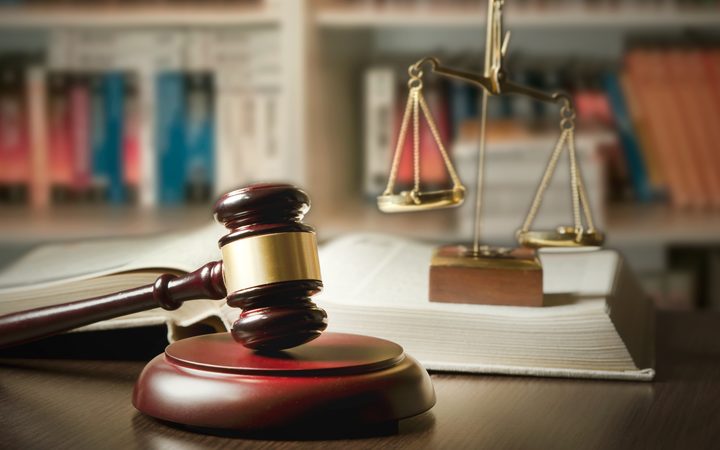 An Accra High Court has granted a GH¢10 million bail, with two sureties each to be justified, to eight persons out of the ten accused of treason and currently on trial.

The eight are to report to the Bureau of National Investigation (BNI) twice a week as well as deposit their passports with the Court’s Registry.

It was the first time all the accused persons appeared before the Court presided over by Justice Samuel K. Asiedu, an Appeals Court Judge sitting in as an additional High Court Judge after their committal proceedings on March 3, 2020.

Already, Assistant Commissioner of Police (ACP) Benjamin Agordzo has been granted a self-recognisance bail of GH¢500,000.00 by an Accra High Court presided over by Justice Charles Ekow Baiden, whilst Warrant Officer Class Two Esther Saan has also been granted bail by another High Court.

Only ACP Agordzo, WOI Saan, and Colonel Samuel Gameli were in Court on Friday when the case was called as the rest had been remanded into prison custody and were not in court due to the observance of the COVID-19 protocols.

All ten accused persons were supposed to be present at the Court for their pleas to be taken.

They are expected back in court on June 5.

He stressed that especially, the soldiers among them had the Provost Marshall monitoring every movement of theirs, and also that they had been in custody for almost a year and by law are innocent until proven guilty and so remand should not be used as a way of punishing them.

He said his clients had been publicized as being wicked so they were determined to appear before the court to prove their innocence and their family members who are people of substance would stand surety for them.

Mr Tony Lartey, lawyer for Zipki said his client would not run because Ghana’s borders were closed due to COVID-19, adding that his client was Asthmatic and had High Blood Pressure which was getting worse and if not granted bail would not live to see the end of the trial.

Miss Hilda Craig, a Senior State Attorney in opposing the bail said the accused persons would not appear before court to stand trial when granted bail.