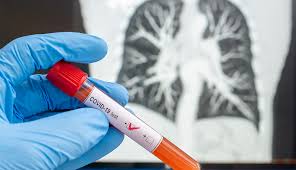 As at the morning of 25 March 2020, a total of sixty-eight (68) cases including two (2) deaths have been confirmed. Sixty-six (66) of these confirmed cases are being managed in isolation.

READ ALSO: 30,000 cases of Covid-19 could be recorded in a month - Health Analyst warns 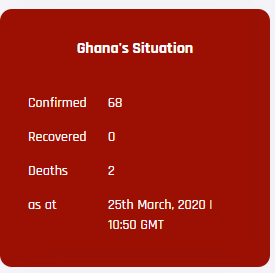 Great majority of the confirmed cases are Ghanaians, who returned home from affected countries. Seven (7) are of other nationalities namely: Norway, Lebanon, China and UK.

In respect of contact tracing, a total of 829 contacts have been identified and are being tracked.

Total of 826 contacts have been enlisted and being tracked