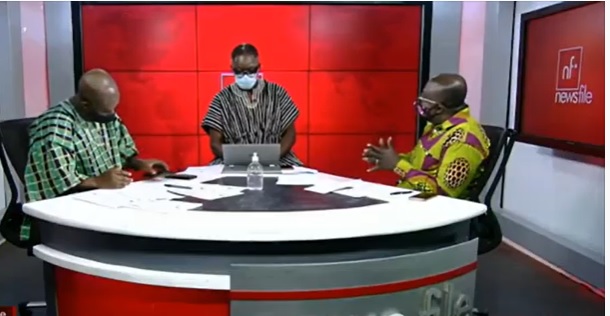 Dr Toni Aubynn, CEO of Ghana's Mineral Commission says the 15 Civil Society Organisations, CSOs are not against the Agyapa Royalties deal but rather the approach being used in the transaction.

The CSOs are demanding a suspension of the Agyapa Royalties deal until all necessary documents have been disclosed.

The CSOs are concerned about what they describe as a lack of openness and transparency that has characterised the transaction.

They also say the deal is not in the best interest of the country.

Dr Aubynn says these groups are more concerned about the approach being employed by the government but are never against the deal.

"Gold generally tend to excite our emotions and interest. But, I think the economic and political issues were not addressed properly. I don't think the CSOs, NGOs and the opposition parties would have come out if the benefits were very clear. Nobody is against the country getting more but the approach is what is raising concerns. Nobody is against the government to multiply or quadruple the receipt of our minerals", he said on Joy FM's Newsfile

At a press briefing the CSOs also alleged that although efforts are being made to justify the deal by the governing government, some political appointees, and the MIIF Secretariat, numerous concerns are yet to be addressed.

Government has already begun a stakeholder meeting with these CSOs.

The act establishes the Minerals Income Investment Fund to manage the equity interests of Ghana in mining companies, and receive royalties on behalf of the government.

The fund is supposed to manage and invest these royalties and revenue from equities for higher returns for the benefit of the country. The law allows the fund to establish Special Purpose Vehicles (SPVs) to use for the appropriate investments. Last month, the government introduced an amendment to the act to ensure that the SPVs have unfettered independence.