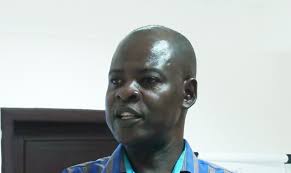 Some 15 Civil Society Organisations, CSOs are demanding a suspension of the Agyapa Royalties deal.

According to them, the deal should be suspended until all necessary documents have been disclosed.

They are concerned about what they describe as a lack of openness and transparency that has characterised the transaction.

“Just last week, we sighted a call for an expression of interest placed in the Daily Graphic inviting prospective consultants for the development of a strategic plan for the Minerals Income Investment Fund (MIIF).

“While we welcome the open and transparent process for selection relative to this particular assignment, we have no evidence of the same openness in the creation of the Special Purpose Vehicle in the Agyapa deal and the appointment of its directors”, Dr. Steve Manteaw, the Communications Director of Integrated Social Development Centre (ISODEC) said on behalf of the group.

At a press briefing held in Accra Tuesday, the CSOs also alleged that although efforts are being made to justify the deal by the governing government, some political appointees, and the MIIF Secretariat, numerous concerns are yet to be addressed.

“We acknowledge that post mortem attempts are being made to engage the public by the MIIF secretariat to provide answers to some questions Ghanaians have on the Agyapa transactions.

“This, in fact, underscores the point that prior engagement would have better served the national interest.

“But regardless of the attempt to clarify some concerns, significant questions remain unanswered. Are the managers and directors of Agyapa not politically exposed people? And were they not selected through an uncompetitive process?

“Again, it beats our imagination as to why an entity without a corporate strategy and approved funding plans will proceed to raise one billion dollars and give $500 million to the government in such an indecent deal especially when there is no known emergency to warrant such rush,” Dr Manteaw said.

The Chairman of the Finance Committee of Parliament Mark Asibbey-Yeboah has defended the change of name by Agyapa Royalties limited from Asaase royalties.

According to him, there is nothing wrong with the change of name.

The New Juaben South MP said the parliamentary committee asked owners of the company to change the name because there were too many other companies with similar name.

“So when it came to parliament, we decided to change the name. The decision to change the name from Asaase to Agyapa Royalties Limited was because there were so many mining companies with same name at the Registrar-General’s office,” he said.

He also dismissed the Minority’s basis for boycotting the passage of the deal.

“The Agyapa company is not 100% owned by the shareholders. Government of Ghana still holds 51%. We have seen so many things that didn’t have the blessing of the minority. It’s an election year and you don’t expect them to applaud gov’t for putting together such a beautiful deal”.

The act establishes the Minerals Income Investment Fund to manage the equity interests of Ghana in mining companies, and receive royalties on behalf of government.

The fund is supposed to manage and invest these royalties and revenue from equities for higher returns for the benefit of the country. The law allows the fund to establish Special Purpose Vehicles (SPVs) to use for the appropriate investments. Last month, government introduced an amendment to the act to ensure that the SPVs have unfettered independence.