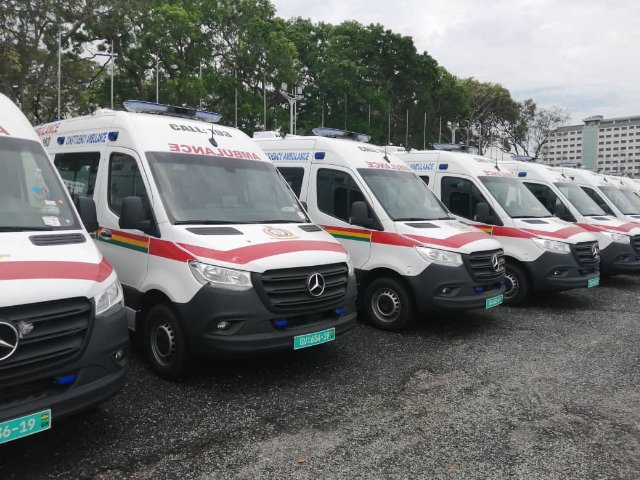 The Bureau of Public Safety (BPS) says the decision by the government and the National Ambulance Service to postponed the commissioning of the distribution of new ambulances to all the constituencies across the country is the best.

The Bureau in a statement on January 6, 2019, signed by their Executive Director of the Bureau of Public Safety Nana Yaw Akwada said a lot must be done to ensure that citizens derive the best of use from the ambulances.

â€œWe urge it to further dig deeper into issues of everyday running cost for fuel and maintenance. It must further seek utmost clarity and preparedness of recipient constituencies on where these service vehicles will be stationed within the constituencies to ensure efficient deployment upon requestâ€.

He added that: â€œThese batch of service vehicles are the best by far to be imported into the country and we must do everything necessary to ensure that citizens derive the best of use from them.â€

The National Ambulance Service (NAS) had earlier pleaded with President Nana Akufo-Addo to halt the scheduled distribution of new ambulances on January 6.

It argued that â€œimportant technical issues need to be completely addressed before the ambulances can be commissioned and dispatched to the various constituencies.â€

Already, the decision to hold on to the deployment of the first batch which remain parked at the forecourt of the State House for some months has attracted backlash from a section of the pubic including the opposition National Democratic Congress (NDC).

The Service, in a letter through the Health Ministry to the President, recommended that the commissioning be postponed to January 28, 2020, to among other things â€œensure efficient and effective emergency responses suffered some delays due to unforeseen circumstances.â€'

READ ALSO:Â Why parked ambulances at State House will not be commissioned today

The National Ambulance Service has however assured Ghanaians that the parked ambulances at the State House will be ready for commissioning on January 28 2019.