Dr. Norman explains why Ghana has not been attacked by terrorists 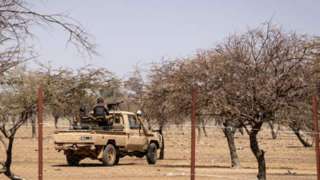 A Security Analyst, Dr. Ishmael Norman, says one major reason why Ghana has been spared when it comes to terrorist attacks is because of former President John Dramani Mahama’s decision to host the two Guantánamo Bay detainees in Ghana.

According to him, the former President’s “wise” decision has absolved Ghana from being an enemy of terrorists.

“I believe that the only reason why we have been spared after Togo, Ivory Coast, and Burkina Faso so far is because of the wise decision by former President John Dramani Mahama to accept those two Guantánamo Bay prisoners in Ghana.”

This makes the country a good neighbour to have, he added.

He maintained that with the decision, “we showed to the rest of the world that you may be accused by others of being a terrorist, but we will receive you as a neighbor.”

Speaking on Joy FM on Monday, he insisted that the preventive measures put in place to avert any invasion have nothing to do with why Ghana has not been attacked yet.

Although he agreed that preparation is important, he said it is not the main factor protecting Ghana from terrorist attacks.

“The fact that we have not been attacked is not because of our security or preparedness. Nigeria is bigger, richer, and has more military than Ghana. Togo is a small country as it is having more military staff than Ghana so if in spite of all these, terrorists can be audacious to attack Togo and the Ivory Coast it is not because of our preparedness alone.

“There must be an x-factor and for me, the x-factor is because of how we were kind to receive the Guantánamo Bay detainees; [besides] there are a lot of issues in Ghana that make Ghana a fertile ground for such activities,” he said.

The two detainees, Mahmud Umar Muhammad Bin Atef and Khalid Muhammad Salih Al-Dhuby, who were in detention for 14 years after being linked with the terrorist group Al-Qaeda, were brought to Ghana in 2016, for a period of two years.

They were released as part of efforts to close down the US-operated Guantánamo Bay prison, which is known to have had a questionable human rights record over the years.

The move was criticized by many observers, including the then-in-opposition New Patriotic Party, who described the two as a security threat despite assurances to the contrary by the US.