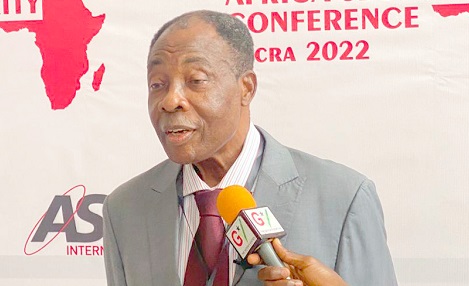 Former National Security Minister, Francis Poku has called on the government to provide effective regulatory measures to guide the operations of private security firms in the country.

He said despite the critical role of private security operations in safeguarding the security of the state, their activities could produce miscreants who would impede the fight against terrorism.

At the opening of this year’s Africa Security Conference in Accra last Thursday, he said issues such as proper screening during recruitment, capacity building, remuneration and proper conditions of service needed to be standardised to ensure that security officials in private entities were not compelled to resign and engage in other social vices with the skills acquired from these entities.

Organised by ASIS International, a professional body for security professionals, the conference brought together security practitioners from Africa to deliberate and share insights on private security issues.

The two-day conference was dubbed: “Private security and its role in business and government in Africa”.
It also featured an extensive exhibition of state-of-the-art security technology and services assembled, with several high-profile companies demonstrating their products at various booths mounted at the Accra International Conference Centre.

It also featured an extensive exhibition of state-of-the-art security technology and services assembled, with several high-profile companies demonstrating their products at various booths mounted at the Accra International Conference Centre.

The former National Security Minister stressed the need for public-private partnership in the area of security to strengthen the fight against terrorism.

He said the government did not have an adequate number of police officers to protect the country and, therefore, private security firms must be trained with the requisite expertise to help the country prepare adequately against any threat of terrorism.

“We are aware of the challenges that are going round in the sub-region and we do not have to wait until we get to that level as it happened in other countries. So we need to have more trained people who can help the state security agencies to meet any future challenges.

“We say if you want peace, prepare for war. So this is the time of peace but we need to prepare for the future,” he added.