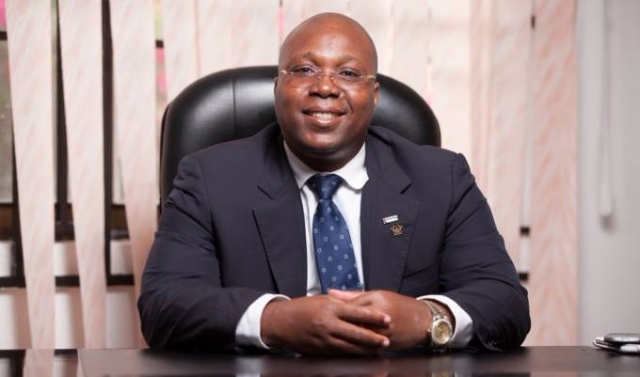 The High Court, Accra (Financial Crimes Division 2) has dismissed a writ filed by the Chief Executive Officer of Group Ideal, Nii Kotei Dzani, seeking the orders of the court to prevent the Economic and Organised Crime Office (EOCO) from investigating him for money laundering and tax evasion.

Nii Dzani, who is also the Director of the defunct Ideal Finance, a microfinance company, went to the High Court for an order to set aside an invitation extended to him by EOCO on November 8, 2019, as well as an order to restrain EOCO from disrupting his activities without lawful excuse and due process of the law.

But, in its ruling on February 7, 2020, the court, presided over by Justice Afia Serwaa Asare Botwe, said the application had no merit.

Nii Dzani, after the application had been dismissed, filed a notice of appeal against the decision of the High Court.

The applicant also filed an interlocutory injunction against EOCO, seeking, among other reliefs, an order to stop EOCO from investigating him, pending the final determination of the appeal; restrain EOCO from arresting him and restrain EOCO from harassing him.

According to the judgment of the High Court, the case for the applicant was that in or about August 2019, the Bank of Ghana (BoG) revoked the licence of Ideal Finance and placed it on receivership.

On November 11, 2019, Nii Dzani received a letter from EOCO inviting him to avail himself on November 13, 2019 for questioning in relation to alleged tax evasion and money laundering, but he asked his lawyers to write to the anti-graft agency requesting a change of date, as he was attending an official assignment in his capacity as a member of the Council of State.

The applicant stated that on November 14, 2019, in the company of his lawyer, he went to the EOCO office, where he had to wait for about three-and-a-half hours before he was attended to.

Nii Dzani said he was cautioned and made to give a statement in relation to a GHÂ¢23 million paid to a client of Ideal Finance, a 200-acre land he allegedly stole from Ideal Finance and unlawfully using Ideal Finance funds to build his residence, known as â€˜Camp Tsaetseâ€™.

The businessman said he was granted bail in the sum of GHÂ¢5 million, with two sureties, one of which was to be justified.

With regard to the GHÂ¢23 million paid to a client, he argued that he was not in any way connected to it because he was only a director of the company.

On the land matter, he said EOCO was never able to prove it with documentary evidence.

With regard to the unlawful use of Ideal Finance funds to build â€˜Camp Tsaetseâ€™, the applicant said the money was advanced to him as a result of negotiations with the management of Ideal Finance, with the agreement that Ideal Finance would use the facility for its business until the amount was liquidated.

According to him, EOCOâ€™s invitation to him was illegal and the consequential effects of the invitation, including his arrest and subsequent detention and search of his premises, were unlawful.

He further averred that he had reliably been informed that EOCO had started processes to continue its unlawful harassment and or abuse his constitutionally guaranteed human rights.

Besides, he said, his reputation as a member of the Council of State and prominent businessman had been trampled upon through the harassment by EOCO.

The respondents in the case â€” the Receiver of Ideal Finance and EOCO â€” dismissed the allegation of harassing the Council of State member, saying he was treated with dignity

The Receiver said Nii Dzaniâ€™s position as a member of the Council of State did not vest in him any legal immunity.

Furthermore, the Receiver said the application sought to tie the hands of EOCO as it exercised its mandate and carried out its statutory duties and was a deliberate intention by the applicant to frustrate EOCO in the discharge of its duties.

EOCO also stated that nothing barred it from instituting criminal investigations against the applicant on allegations of serious offences through a request made by the Receiver.

Both respondents quoted copiously from the law books to back their case and prayed the court to dismisss the application, which they described as â€œill-conceived, unmeritorious, vexatious and a calculated attempt to abuse the court processâ€.

In her ruling, Justice Asare-Botwe said there was nothing being canvassed by the applicant to demonstrate that he was being harassed by EOCO.

She said there was no doubt that the applicant was a member of the Council of State, but the reality was that he was being investigated by a properly mandated statutory body.

â€œIn that regard, I do not think that granting the prayer of the applicant in this instance will be a judicious exercise of discretion when it has been held that the court ought to be cautious in dealing with applications for injunctions, and if I may add, applications whose grant will have the effect of an injunction, when a body or person is entrusted with statutory discretion and not dog its exercise with injunctions, except in demonstrably meritorious circumstances,â€ she said.

She, however, directed the respondents to ensure that they exercised their powers â€œin strict compliance with acts 930 and 804 and the 1992 Constitutionâ€.